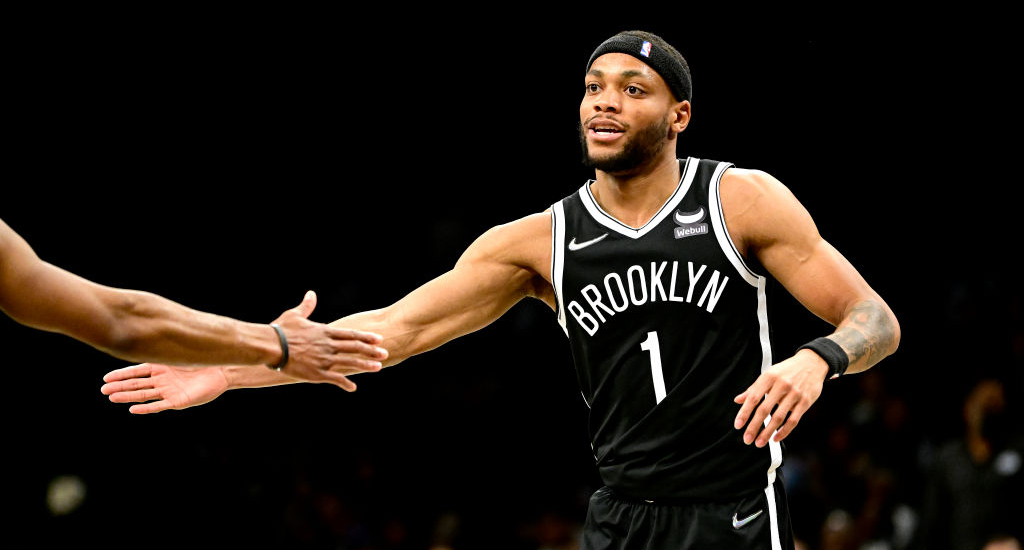 The Brooklyn Nets finally snapped their 10-game losing streak on Monday night, beating the Kings 109-85 at home behind 23 points from Seth Curry in his Nets debut.

It was obviously a welcome win for a Nets team that had looked miserable of late, and they’ve certainly looked more lively of late, even in their two losses prior to Monday’s win. It was hard not to note that shift came after the James Harden trade sent the disgruntled star to Philadelphia for Curry, Ben Simmons, and Andre Drummond, with plenty of reports of Harden’s displeasure with the situation in Brooklyn and, in particular, Kyrie Irving.

Seemingly every Net that has talked about the trade has felt it was a positive outcome, with Kevin Durant and Blake Griffin each echoing the same point that they’re just happy to move forward with guys who want to be on the team. After Monday’s win, Bruce Brown elaborated on the post-Harden trade shift that’s gone on in the Nets locker room, saying “everybody loves everybody” after the deadline — I now hope the Nets put a big E.L.E. poster up in the locker room like Jackie Moon.

"The locker room is just a great vibe in there right now. I don't know what it is. Everything just shifted after the trade deadline. Everybody likes everybody, it's just great" – Bruce Brown pic.twitter.com/NbClBB9bEk

There are plenty who think the on-court product will be better for the Nets after the trade, as Simmons provides a lot of the things they are lacking as a team and Curry fills the void left by Joe Harris’ injury incredibly well. However, even before they get everyone on the court and healthy, a weight seems to have been lifted off of the Nets shoulders and as a unit, they seem thrilled to get to move on and just play ball without the cloud of what the future holds hanging over them.

The same can be said about the Sixers, and it genuinely feels like a trade that everyone needed and everyone was thrilled to see go down as it did rather than dragging on further with the postseason looming.