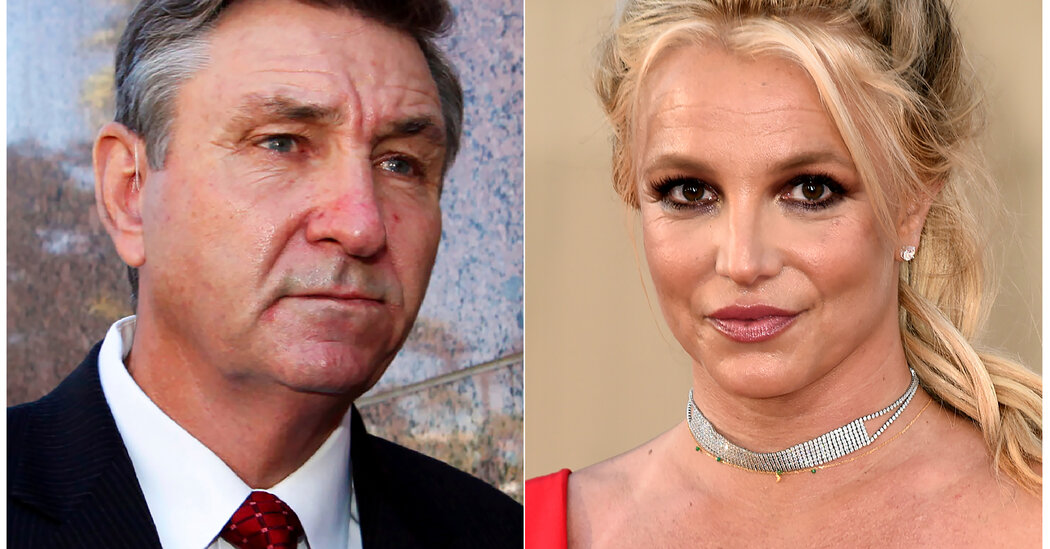 As the legal battle and public fallout over Britney Spears’s finances and personal life continue, a lawyer for her father, Jamie Spears, has told CNN that Jamie “would love nothing more than to see Britney not need a conservatorship.”

The comments came not long after “Framing Britney Spears,” a TV documentary by The New York Times, released last month, revisited the details of the conservatorship that has shaped this pop singer’s life. Since it aired, Jamie Spears’s lawyer has sought to tell her client’s side of the story on national television programs, including “Good Morning America” last week.

The #FreeBritney campaign, which was also explored in the documentary, has for years campaigned to portray the conservatorship arrangement as an unjust means to control Spears’s life and finances.

Spears has been in a conservatorship, or guardianship, since 2008, after a series of public meltdowns captured by paparazzi. The complicated arrangement designates a representative to manage someone’s personal affairs and their estate if they are unable to care for themselves or if they are vulnerable to outside manipulation.

Vivian Lee Thoreen, Jamie Spears’s lawyer, told CNN that he “would love nothing more than to see Britney not need a conservatorship.”

“Whether or not there is an end to the conservatorship really depends on Britney,” Thoreen said. “If she wants to end her conservatorship, she can file a petition to end it.”

Thoreen, who once represented Jamie Spears before the documentary, has rejoined his legal team. She did not return calls seeking comment on Tuesday.

In the documentary, though, she told The Times: “Of the cases I’ve been involved in, I have not seen a conservatee who has successfully terminated a conservatorship.”

Jamie Spears has been one of his daughter’s conservators for more than a decade, controlling crucial aspects of her life such as her finances and her mental health care. In 2019, citing health problems, he walked back his role, and a professional conservator filled in temporarily.

Britney Spears’s court-appointed lawyer, Samuel D. Ingham III, made clear for the first time in a court filing in August that the singer “strongly opposed” having her father as the conservator. Spears had rarely commented on her conservatorship. Ingham, who declined to comment on Tuesday, said at that hearing that Britney Spears believed that the conservatorship “must be changed substantially in order to reflect the major changes in her current lifestyle and her stated wishes.”

Then, at a hearing in November, Ingham said that Britney Spears would not perform again as long as her father was in charge of her career. “My client has informed me that she is afraid of her father,” he told the judge.

The judge, Brenda Penny, fulfilled a request by Britney Spears that Bessemer Trust, a corporate fiduciary, be added as a co-conservator. But Judge Penny did not remove Jamie Spears as a conservator of Spears’s estate. Britney Spears and her father were back in court on Feb. 11, but the judge did not order any substantive changes.

In the week after the release of The Times’s documentary, some media outlets responded with apologies for their past coverage of Spears’s mental health, mothering skills and sexuality. Spears’s former boyfriend Justin Timberlake also apologized to her after the documentary re-examined their breakup.