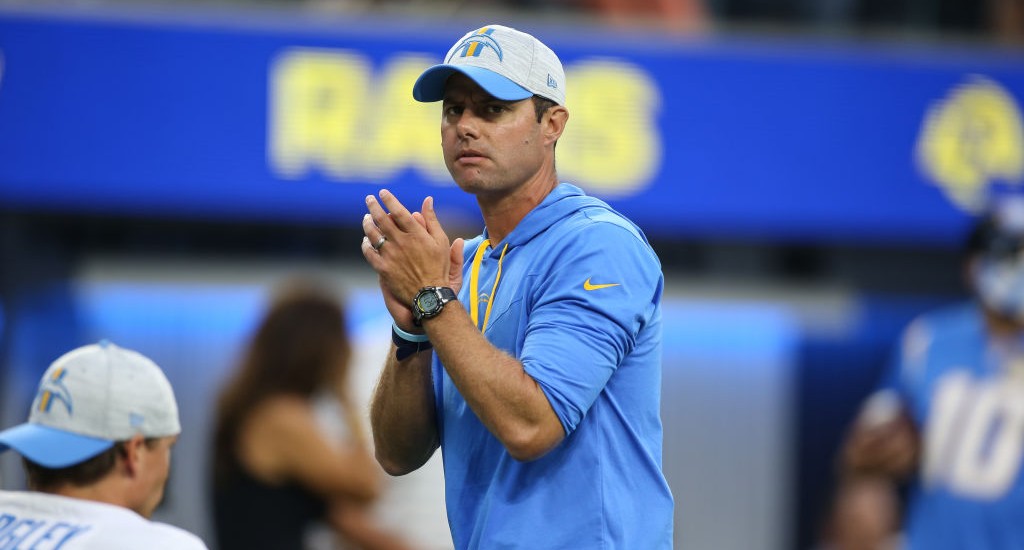 The Raiders have a new interim head coach in Rich Bisaccia after Jon Gruden was forced to resign in disgrace after emails were revealed from 2011 in which he used racist, homophobic, and misogynistic language repeatedly.

There have been a variety of reactions to the news, including plenty who have noted that it certainly seems odd that the only thing to come out of th is investigation into 650,000 emails in the probe into the Washington Football Team resulted in the firing of a coach in Las Vegas. Many in the football world, particularly fellow white men in power, have been a bit reticent to say much of substance about Gruden’s emails and what it says about football culture at large and things that need to be fixed.

However, Chargers coach Brandon Staley was asked for his thoughts on the situation and offered up a refreshingly open and thoughtful response, keeping focus on the various minority groups that were the subject of those emails and how it is his job and that of every coach and person in power to earn the trust of those individuals by showing empathy and creating a welcoming environment.

It’s not an answer you would necessarily expect from a football coach, as most will choose to offer a brief note about how the things said were inexcusable and then say they want to keep focus on their team. Staley, however, took this situation as a chance to reflect on his duties as a coach and a leader, and recognized that it’s things like Gruden’s emails that rightfully lead to a longer road to building trust and buy-in from players and people on staff from those groups Gruden heinously offended, who have all-too-often found this kind of hate towards them from those in power, even if only uttered behind closed doors.