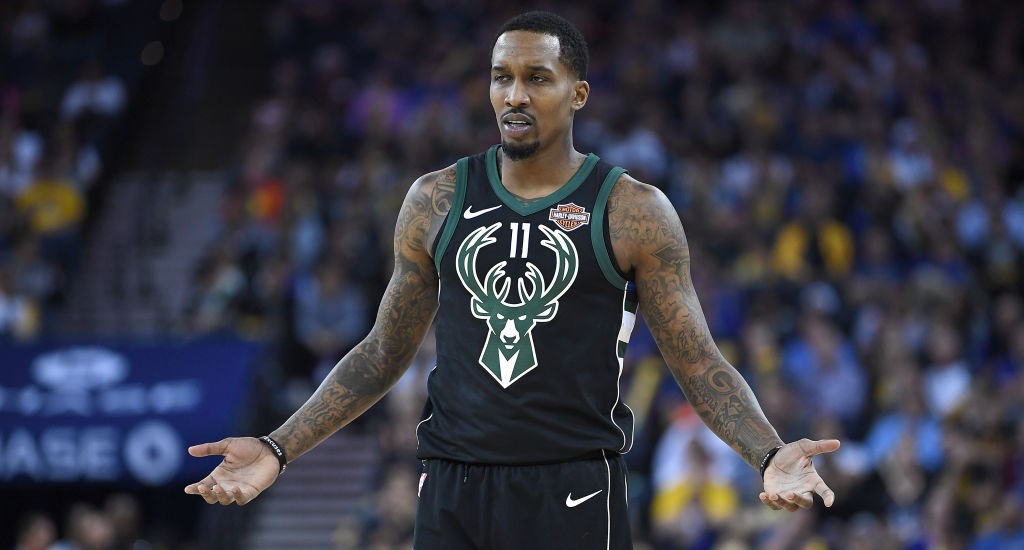 The Bucks celebrated their NBA championship on Thursday with a parade through the streets of Milwaukee. The entire team hopped onto a big ol bus and celebrated along with thousands upon thousands of adoring fans draped in green. As is oftentimes the case when this happens, plenty of videos have popped up showing players, coaches, fans, and just about everyone else had the time of their lives.

One player-turned-fan who had a particularly great time was none other than Brandon Jennings, who was drafted by the franchise in 2009 and spent the first four years of his NBA career in Milwaukee with one additional cameo in 2016-17. Jennings, of course, is famous for proclaiming that the Bucks would beat the Big 3 Heat in the first round of the 2013 NBA playoffs in six games. That did not happen — the Heat swept them — but “Bucks In Six” has been a rallying cry for Milwaukee fans over the years.

Jennings was in attendance for their Finals-clinching win, which, as fate would have it, took place in a Game 6. As such, Bucks In Six came to fruition, and Jennings got the chance to celebrate a championship he willed into existence.

Unsurprisingly, a chant broke out while he enjoyed a beer from the bed of a pickup truck.

While he did not take the floor in the Finals, Jennings is a cult hero in Milwaukee for his time with the franchise, so it’s wonderful to see that he’s partaking in the parade and having a blast while doing it.