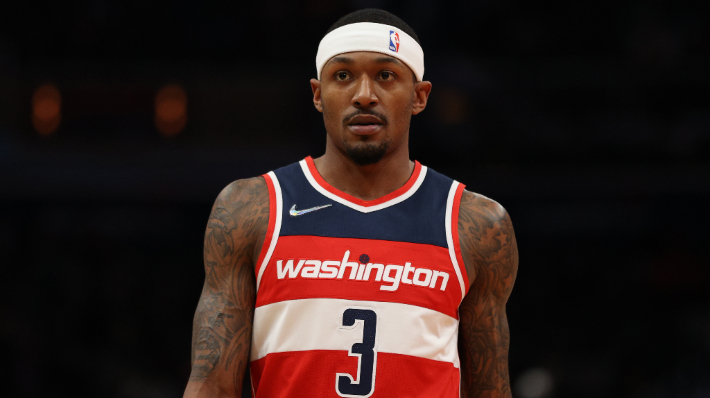 Here is one of the seven made field goals that Ayo Dosunmu scored during the Chicago Bulls‘ 130-122 win over the Washington Wizards on Friday night. Please pay special attention to the usually pretty expressive Bradley Beal, who seems especially bummed out that the rookie out of the University of Illinois scored on him.

Beal seems pretty upset, but not in a way that he was going to, like, start a fight or anything like that. As we learned after the game, it’s because Beal got cooked by a move that he taught Dosunmu a little earlier in the evening — both guys explained that Beal noticed something that Dosunmu was doing wrong, so he pulled him aside and told him how to correct it. Then, as Beal went on to say, “his ass caught and went on me.”

Ayo Dosunmu said Bradley Beal gave him some advice during the game about how to make this one move. Dosunmu then used the move and said Beal told him, “I didn’t say use it on me. I said use it in the future.”

Dosunmu has established himself as a nice piece for the upstart Bulls this season. A Chicago native and second-round pick in the 2021 NBA Draft, Dosunmu played 31 minutes off the bench in Friday’s win, scoring 18 points, reeling in five rebounds, doling out four assists, and registering three steals. He also learned a new way to do something on the court by way of Bradley Beal, which is a fun way to cap off a pretty good evening.