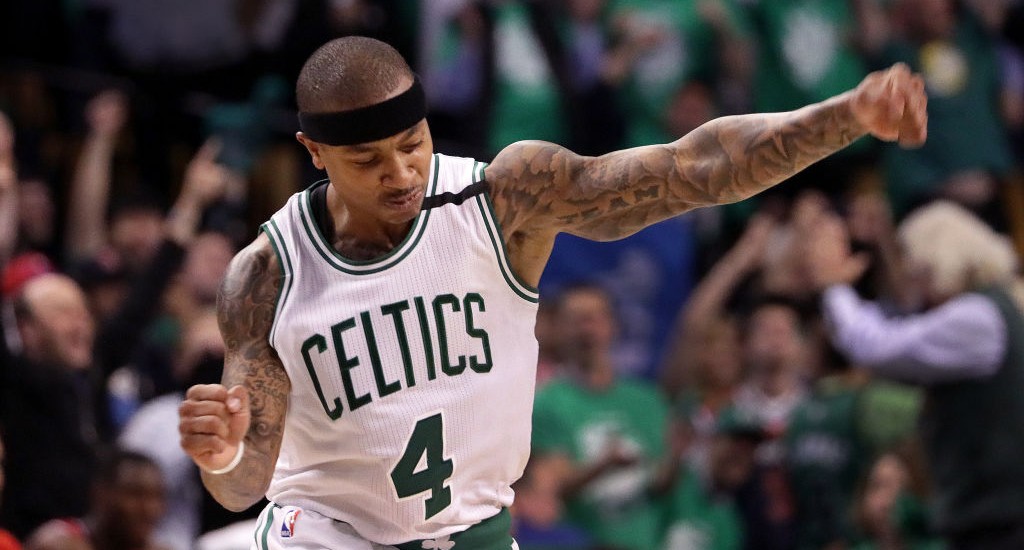 Isaiah Thomas was trending over the weekend after he went down to Atlanta to play in the AEBL and lit up the scoreboard for 65 points.

That happened to be good timing for what was to come on Monday, as there is some buzz about Thomas finding his way back into the NBA with the help of an old friend. According to Marc Stein, a return to Boston could be in the cards for Thomas as free agency get set to open now that Brad Stevens, who coached Thomas in Boston, is now in charge of the Celtics front office.

Boston, I’m told, has interest in an Isaiah Thomas reunion, with new Celtics president of basketball operations Brad Stevens known to be one of Thomas’ biggest fans.

It isn’t going to be the lead subject of free agency and, given this would be a minimum deal, it likely won’t happen until later on after the Celtics have made their other moves and filled up exceptions and cap space elsewhere. Still, Thomas’ legend grew to massive heights in Boston, leading the Celtics to a thrilling playoff run in 2017 through a hip injury and more. That hip injury derailed what was seemingly a budding career as one of the league’s preeminent bucket-getters, and for him to return to Boston and hopefully heal some of those old wounds would be good for everyone involved.

From a basketball perspective, the Celtics certainly have a need in the backcourt after trading Kemba Walker for Al Horford, and a veteran scoring presence like Thomas would make some sense off the bench along with the young Payton Pritchard. Boston will still be looking to address their lead guard situation elsewhere in free agency, but it would be pretty cool to see Thomas back in Celtics green.