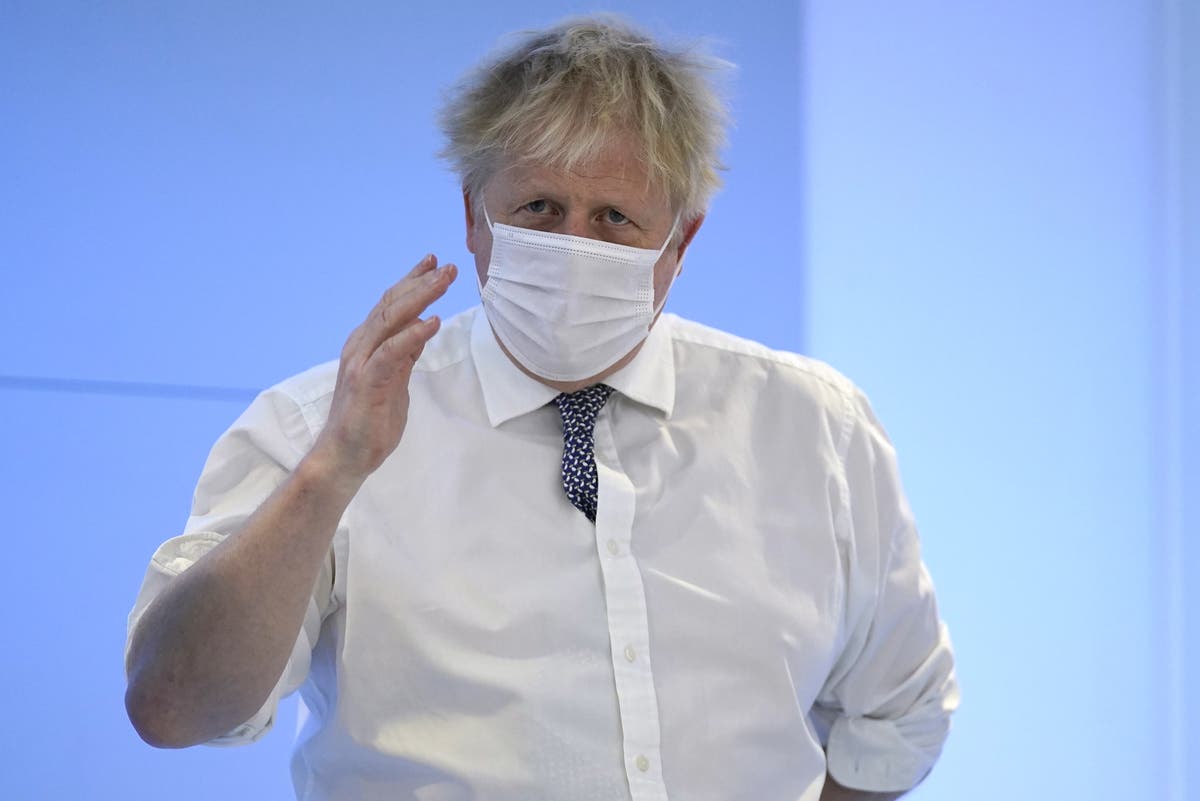 Boris Johnson insists he has “seen no evidence” to support claims made by a senior Conservative that rebel MPs have been “intimidated” into supporting their current leader.

William Wragg, in a public broadcast earlier, told his colleagues to go the police if they had been affected, even going as far as saying: “The reports of which I’m aware would seem to constitute blackmail.”

Meanwhile, Labour’s deputy leader has once again accused the government of “insulting the public’s intelligence”, after paymaster general Michael Ellis told her she must wait for the outcome of Sue Gray’s inquiry into partygate before drawing conclusions about events held at No 10 during lockdown.

Angela Rayner published a letter sent to her by Mr Ellies on Twitter and questioned why a “whole cabinet of people … need a civil servant to tell them if they attended parties or not”. She added: “They are all a total joke, propping up [Mr] Johnson when he is so unfit to lead.”

ICYMI: Senior Tory says it ‘looks like checkmate’ for PM

Senior Conservative MP Steve Baker has said it looked like “checkmate” for Boris Johnson, suggesting that the prime minister’s time at No 10 was coming to an end over the partygate scandal.

The influential Brexiteer, a leading figure in the Covid Research Group of Tory lockdown-sceptics, said the public were “furious” over the drinks party held at Downing Street at during lockdown, writes Adam Forrest.

Watch: Commuters head back to work after plan B scrapped

Commuters head back to work after Covid Plan B restrictions scrapped

Downing Street offered to ease coronavirus restrictions for Prince Philip’s funeral, it has been reported.

The Queen is said to have refused because it would be unfair for her to have special treatment when others were also grieving for their loved ones in lockdown, writes Holly Bancroft.

The report, which first emerged in news and satire magazine Private Eye, alleges that Downing Street officials suggested that more than 30 mourners might be allowed to attend the funeral and that social distancing requirements be relaxed for the event.

It comes after the government was forced to apologise to the Queen over parties held in Downing Street the night before Philip’s service took place on 17 April 2020.

Stepping away from partygate momentarily. MPs’ security costs increased by nearly a third last year and could rise further following the fatal stabbing of Sir David Amess, a watchdog has revealed.

The Independent Parliamentary Standards Authority (IPSA) said the amount stood at £4.4m for the financial year 2020-21, up from £3.4m the previous year, with MPs’ business costs amounting to nearly £138m alone in the last 12 months.

Both staffing and office costs also rose by 17 per cent on the previous year, to £105.8m and £15.2m respectively, according to the regulator.

IPSA chair Richard Lloyd said spending on staffing was higher as the budget was boosted in light of constituency casework increasing to record levels.

The IPSA chair said security costs, which rose by 29 per cent last year, “could increase further” following the death of Sir David in October after he was fatally stabbed during a constituency surgery in Leigh-on-Sea.

Mr Lloyd said that compliance with the IPSA rules also remained “very high”, at 99.7 per cent.

“Keeping MPs, their families, and their staff safe is absolutely vital for our democracy,” he added.

In images: Another tough day for the PM

Evidence of Boris Johnson lying to parliament over parties at Downing Street is “clear cut” and Conservative MPs do not have to wait for an official report to demand his resignation, a former Whitehall sleaze watchdog has said.

The ex-chair of the Committee on Standards in Public Life, Sir Alistair Graham, said it was clear that Mr Johnson breached the ministerial code by misleading parliament, which would be a resigning matter, reports our political editor Andrew Woodcock.

While Whitehall mandarin Sue Gray was unlikely to pass judgement on whether the PM breached the code in her report into the party scandal, expected next week, Sir Alistair said it was a “simple issue” for MPs to reach their own conclusions on the evidence already available.

Funding threats would be ‘misuse of public funds’ – minister

Back to allegations of blackmailing at No 10, our politics reporter Adam Forrest writes:

Treasury chief secretary Simon Clarke has said it would “absolutely be wrong” for government whips to threaten to withdraw constituency funding if MPs did not support Boris Johnson.

Mr Clarke told Times Radio he had not “seen any evidence” of blackmail or intimidation by the whips, but said: “Anyone with any substantive evidence to substantiate that kind of allegation should go to the relevant authorities. It would absolutely be wrong.”

On the wider whipping system he said there was “obviously a legitimate difference between trying to persuade people to support key policy and doing something which obviously would involve misuse of public funds in that way”.

Gove meets with developers in bid to solve cladding crisis

A cladding update now, after communities secretary Michael Gove met developers today to discuss how to pay for works to rectify cladding and building safety issues.

Mr Gove spoke to senior executives from some of the UK’s biggest developers in an attempt to figure out how to pay for work to fix safety issues, including dangerous cladding on buildings, after ministers pledged to amend legislation to better protect thousands of leaseholders from being hit with bills for the work.

In a statement after the meeting, Stewart Baseley, executive chairman of the Home Builders Federation (HBF), said the industry body has urged the government to “provide clear leadership”.

Mr Baseley added HBF agrees that leaseholders should not have to pay for the work.

Meanwhile, a Department for Levelling Up, Housing and Communities (DLUHC) spokesperson said Mr Gove and his staff would continue to work with the necessary teams to ensure “a fully funded action plan [is delivered] by early March”.

Boris Johnson’s removal from Downing Street would be an opportunity to reconsider Brexit, Conservative grandee Michael Heseltine has said.

The PM is under growing pressure from Tory backbenchers over the partygate scandal, writes Adam Forrest, with some MPs predicting he will face a leadership contest once the probe into drinks gatherings is published.

Conservative peer Lord Heseltine appeared to suggest that Mr Johnson’s exit over current public “anger” could lead to a second referendum on Brexit.