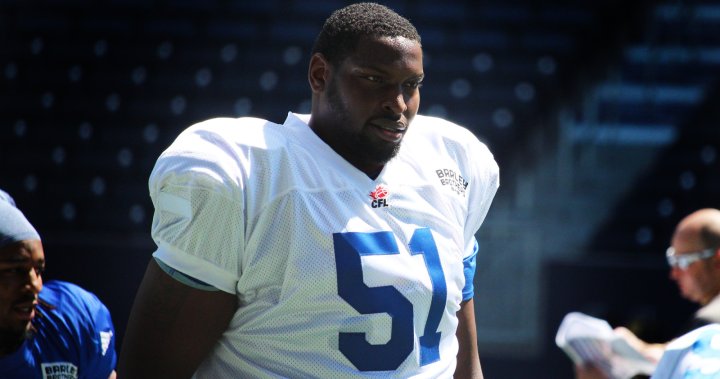 The re-signing of free agents continues for the back-to-back Grey Cup champion Winnipeg Blue Bombers, who are bringing back a key part of their offensive line.

Jermarcus Hardrick is returning to the team after signing a one-year contract extension.

Hardrick has been with the Blue and Gold since 2016 and was part of an offensive line that helped the Bombers record the most rushing yards and allow the fewest quarterback sacks last season.

The American right tackle was also named a West Division all star in 2021 for the second time in his career and a CFL all-star for the first time.