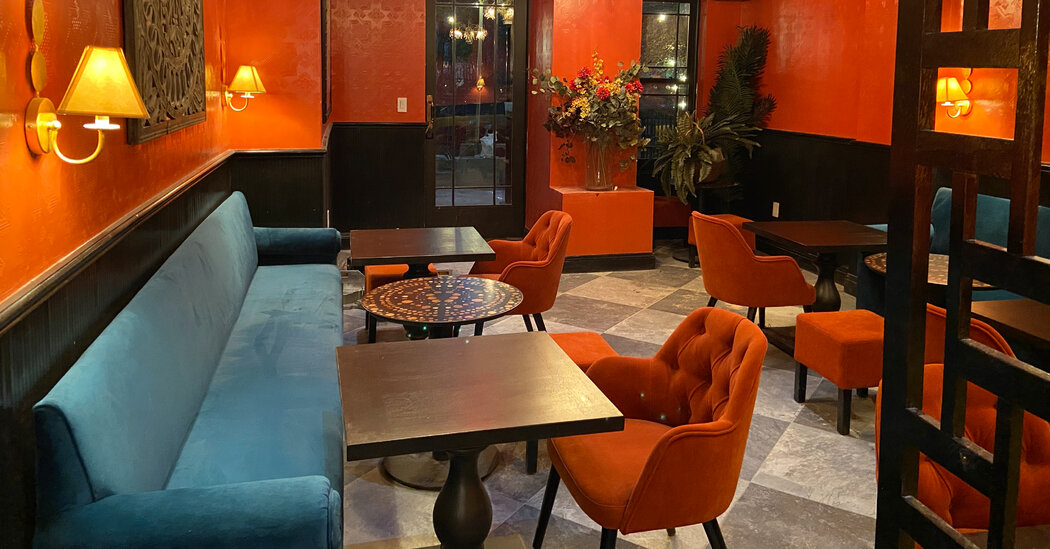 Serena Bass, the caterer and chef who, for many years, has turned out the food of Italy at Lido, a brick-walled corner spot in Harlem, now looks to Asia with Bixi. It’s her newest venture with Susannah Koteen, who is an owner of both restaurants, and it’s a few doors south of Lido, making it an easy commute. Ms. Bass, who will continue to oversee both kitchens as executive chef, is working with the chef de cuisine, Franco Ayala, to offer pan-Asian plates like Japanese yam tempura, short rib fried dumplings with scallions, tandoori chicken (or tofu for vegetarians), pork belly banh mi, five-spice baby back ribs and, for dessert, tempura bananas. She is also responsible for the restaurant’s stunning décor, with a room done in deep coral and accented with teal velvet. Socially distant seating is limited to about 12 for now, with another 10 or so outdoors. There will be a backyard garden in the spring.

This brasserie-style restaurant in a repurposed limestone bank building is serving a menu that leans toward luxury with lobster ravioli, dry-aged crown of duck for two, and côte de boeuf, also for two. Less imposing are prawns with sauce gribiche, and heritage pork with cabbage and cherry peppers. The space, with an open kitchen, is designed by Glen Coben, and the chef Christopher Cipollone, formerly of Piora in the West Village, is in partnership with John Winterman, formerly of Bâtard. Unlike many of the restaurants opening these days, which prefer to be considered neighborhood spots, this one is not shy about wanting to be a destination. (Opening by Friday)

This is a second pivot for Junzi Kitchen, after its successful start with Nice Day, an American-Chinese concept in Greenwich Village. In the Bryant Park location where Junzi Kitchen has an experimental lab, this branch of Nice Day will serve only takeout and delivery, no on-premises service.

This Israeli restaurant group has opened another outlet for its mostly Israeli-style fare. It replaces Belcampo, a restaurant and butcher in the Hudson Yards building that is dedicated to shopping and dining.