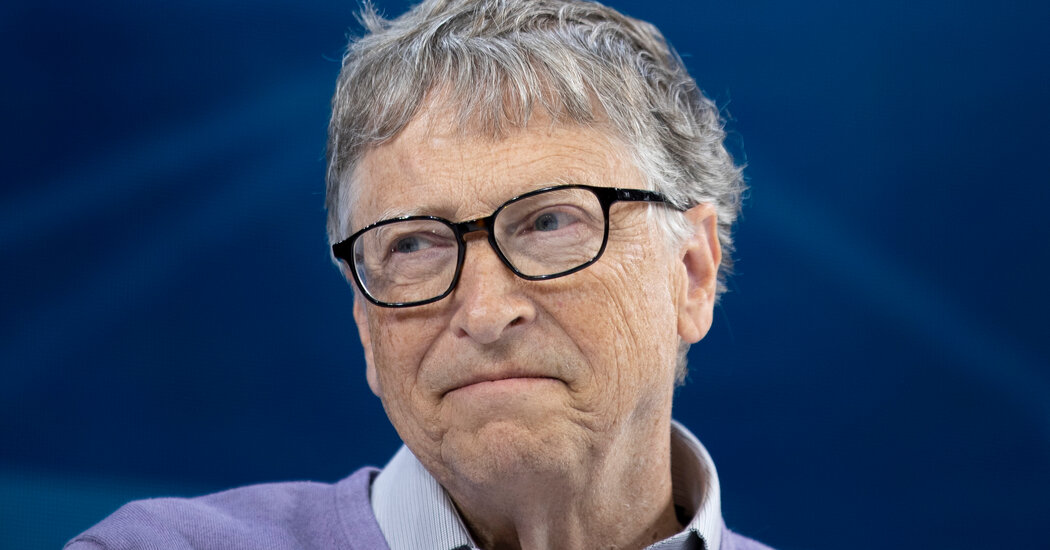 So far, it has pulled in only $3.6 billion in funding for research, manufacturing and subsidies for poor countries. Three companies have promised to deliver vaccines, but it is not yet known whether they will be effective. And it may be difficult to secure the necessary billions of doses in an affordable, timely way because the United States and other wealthy countries have cut separate deals for their citizens.

In recent months, Mr. Gates, who emphasizes that he is one of many involved in the vaccine effort, has hosted online round tables with drug company officials. He has pursued financial commitments from world leaders: In one week alone, he and his wife and co-chair, Melinda Gates, spoke with President Emmanuel Macron of France, Chancellor Angela Merkel of Germany, President Ursula von der Leyen of the European Commission and Crown Prince Mohammed bin Zayed of Abu Dhabi.

In Washington, he has consulted frequently with Dr. Anthony S. Fauci, the nation’s chief infectious disease expert and a longtime collaborator on vaccine initiatives, and talked to Senator Mitch McConnell, a polio survivor who has been supportive of programs to eradicate that and other scourges. And to help staff the vaccine effort, his foundation has provided millions of dollars for McKinsey & Company consultants.

“Some people will say, ‘Why should it be him?’” said Dr. Ariel Pablos-Méndez, former director of knowledge management at the W.H.O. “He has the star power. He has the resources. He cares. There are many players that do things, but not at the scale of Gates.”

If the initiative, aided by Mr. Gates’s fortune and focus, manages to help protect the world’s poor from a virus that has already killed more than 1.3 million people, it will affirm the strategies he has promoted in his philanthropic work, including incentives for drug companies.

If the endeavor falls short, however, it could intensify calls for a more radical approach.

Amid the pandemic, some public health officials and advocates argue that vaccine makers, many of which have benefited from unprecedented public funding, should be compelled to share their technology, data and know-how to maximize production. India and South Africa, for example, are pushing to suspend the global enforcement of intellectual property rights involving the virus.

Dr. Zweli Lawrence Mkhize, South Africa’s health minister, said that the usual practices did not apply in this crisis. “There has to be a degree of broader consultation that looks at what is best for humanity,” he said in an interview.