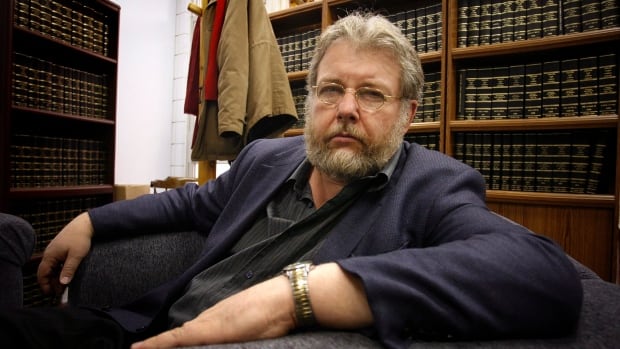 Bill Blaikie, a longtime Manitoba New Democrat whose political career spanned more than three decades and included terms in both the House of Commons and Manitoba’s legislature, has died. He was 71.

Blaikie died on Saturday in Winnipeg, following a battle with metastatic kidney cancer, according to a Facebook post by his son, Daniel Blaikie.

Blaikie was first elected in 1979, as the member of Parliament for the riding of Winnipeg-Birds Hill. After that riding was dissolved in 1987, Blaikie won four elections in the new riding of Winnipeg-Transcona, and two more after it was renamed Elmwood-Transcona in 2004. He did not seek re-election in 2008.

The following year, he entered provincial politics, winning the Elmwood seat for the then-governing NDP in a 2009 byelection. He was appointed to premier Greg Selinger’s cabinet, serving as conservation minister and government House leader until 2011, when he retired from politics.

During his time in Ottawa, Blaikie sought the leadership of the federal NDP, losing to Jack Layton in 2003.

He was appointed to the Order of Canada in 2020 for his lifelong contributions to parliamentary service and for his steadfast commitment to progressive change and social activism.

“His legacy stands for itself — it’s a living legacy,” said Lloyd Axworthy, who was a longtime Liberal cabinet minister and later University of Winnipeg president.

Bill Blaikie, a longtime Manitoba New Democrat whose political career spanned more than three decades and included terms in the federal and provincial levels, has died.

Axworthy was first elected as an MP on the same day as Blaikie in 1979, and the two got to know each other well during their time in Parliament, even though they sat on different sides politically, he said.

“He was a strong believer in social democracy, he was an advocate of social gospel, but he also was a very good guy to get along with and a good person … just to get behind the curtains and just chat [with],” said Axworthy, who spoke to CBC on Friday, after Blaikie had shared a statement that he was entering palliative care.

Their paths crossed again when Blaikie started as an adjunct professor of theology and politics at the University of Winnipeg, where Axworthy served as president from 2004 to 2014.

“For students … with [a] big appetite to know, ‘How do things work?'” Blaikie could bring his practical experience into the classroom, said Axworthy.

“He understood politics and he could take that world of kind of pragmatism and practical accommodation, but always say, ‘But it has to be motivated and driven by some set of beliefs.”

Blaikie was “somebody who clearly all his life, every step he’s made, made a difference,” said Axworthy.

James Christie, a former dean of theology and professor at the University of Winnipeg, said Blaikie “had tremendous political and religious insight.”

In an interview with CBC Friday, Christie said Blaikie’s ability to stand out during his time at the university came from his engaging personality.

“Bill could tell a story that would lead to another story and another story, and we could sit up and just talk, and in my case, just mostly listen,” said Christie. “And he captivated his students the same way.”

Christie, who worked with Blaikie at the University of Winnipeg for years, also noted his work as a politician, a United Church minister and religious leader, a musician and an author. Blaikie wrote a 2011 memoir titled The Blaikie Report: An Insider’s Look at Faith And Politics.

“I looked up at Bill partly because he was much taller than I am … but he was also a man of big intellect and big heart, big dreams, big generosity,” said Christie.

“Just simply one of those people who was larger than life in both literal and figurative senses.”