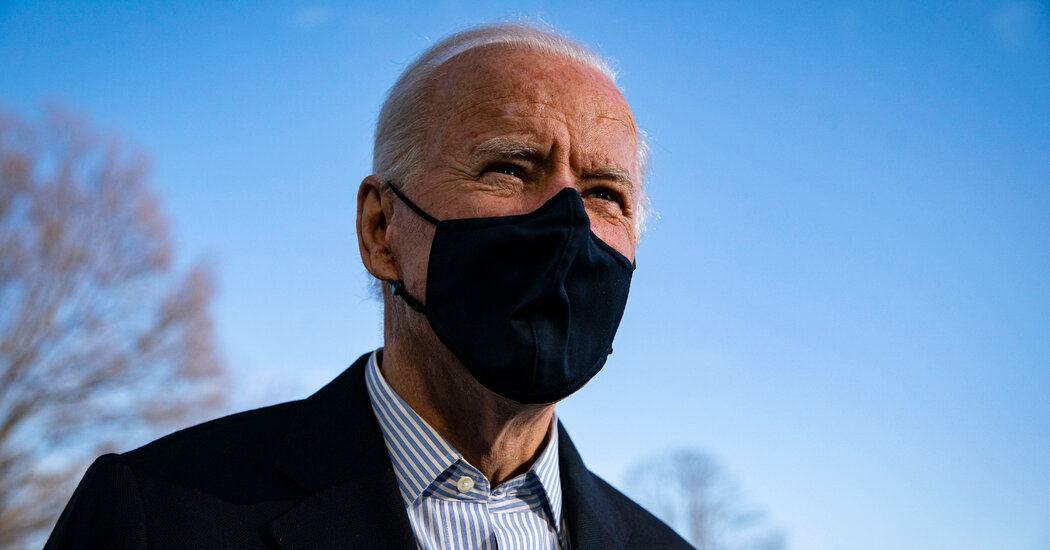 President Biden said Tuesday that he was “devastated” by the killing of 10 people at a grocery store in Boulder, Colo., on Monday and called on Congress not to “wait another minute” in enacting legislation to renew bans on assault rifles and high-capacity ammunition magazines.

“This is not and should not be a partisan issue — it is an American issue,” a somber Mr. Biden said in brief remarks delivered in the State Dining Room at the White House. “We have to act.”

Mr. Biden would not comment on the details of the attack but said he had spoken to Gov. Jared Polis of Colorado, Attorney General Merrick B. Garland and the F.B.I. director, Christopher A. Wray, and would continue his consultations during a flight to Columbus, Ohio, in the afternoon.

“Jill and I are devastated, the feeling, I just can’t imagine how the families are feeling,” he said, at times struggling to find the right words.

Mr. Biden then left for a trip to promote his $1.9 trillion pandemic relief package, hoping to keep the focus on the benefits of the stimulus and promoting the 11th anniversary of the signing of the Affordable Care Act. While he is in Ohio, President Biden is also scheduled to meet with Gov. Mike DeWine, a Republican, to discuss coronavirus vaccinations and other matters related to the pandemic.

The attack Monday in Colorado, in which a gunman killed 10 people, including a police officer, came less than a week after another gunman murdered eight people in Atlanta. The back-to-back killings amounted to a return of mass casualty shootings that had seemed, for a time, to be suppressed by pandemic lockdowns.

Mr. Biden noted that he had to draft a proclamation on Monday to keep — not lower — the White House flags to half-staff, because they had already been lowered to honor the victims in Atlanta.

“Another American city has been scarred by gun violence and the resulting trauma,” he said.

Earlier, Vice President Kamala Harris, speaking at an event in Washington, praised the “heroism” of Eric Talley, an officer killed while responding to the shooting.

Mr. Biden also praised the officer’s efforts and offered his condolences to his “close, close family” of seven children.

“When he pinned on that badge yesterday morning he didn’t know what the day would bring. I want everybody to think about this,” Mr. Biden said.

Mr. Biden has had a long, and at times frustrating, history of pushing gun control proposals. He was tasked with coming up with a legislative package of gun control measures by President Barack Obama after the Sandy Hook killings of 2012 but the effort resulted in no significant legislative action, and Mr. Obama was forced to enact a handful of relatively modest reform through executive actions.

Mr. Biden had not made gun control a legislative priority during the first weeks of his presidency, but his tone on Wednesday seemed to signal a shift.

He called on the Senate to quickly pass two House bills, passed earlier this year and first introduced after the 2018 mass shooting at a Parkland, Fla., high school, that extend background checks to private sellers and extend the time limit to conduct checks on purchasers.

Mr. Biden said it was wrong “to wait another minute, let alone an hour, to take common-sense steps that will save lives in the future.”