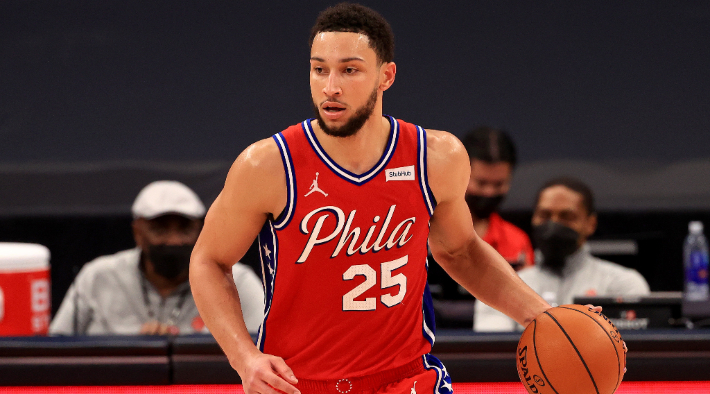 Numerous reasons for Ben Simmons’ trade request out of Philadelphia have been reported and speculated upon over the past few months, including a fractured relationship with the organization or comments from head coach Doc Rivers and Joel Embiid following the team’s 2020-21 playoff exit. According to ESPN’s Ramona Shelburne, though, it’s not about those components. Simmons simply yearns for a restart elsewhere.

Per Shelburne, over the summer, Simmons’ agent, Rich Paul, arranged a meeting in Los Angeles among the All-Star guard, Rivers, and Sixers president of basketball operations Daryl Morey. There, Rivers and Morey designed to persuade Simmons to change his mind and recommit to the team rather than continuing to prefer a trade. After Simmons listened to their messages, he explained his perspective.

“He didn’t dwell on Rivers’ or Embiid’s quotes from after the Sixers’ Game 7 loss to the Hawks. He didn’t say he felt betrayed by being included in the Sixers’ attempts to trade for Harden last fall,” Shelburne wrote. “His first three years in the league, the Sixers had such a bright spotlight on them and so much early success, he told them, that he didn’t feel like he could make the mistakes other top draft picks were afforded. His growing pains were too public and consequential. He needed to start over, he said, in a place where he ‘could make mistakes.’ ”

The idea that Simmons felt uncomfortable experimenting with his game on a team that entered the last three years eyeing a deep playoff run or a title is understandable. To some degree, it’s also an indictment on his training habits for not reaching a point as an outside shooter, post scorer, driver, and face-up hub where he can effectively utilize those skills frequently.

A low-stakes environment where youthful development is encouraged or prioritized over wins and losses could, in theory, be more conducive to offensive growth for him. Taking more jumpers and missing more jumpers on a team jockeying for home-court advantage, for example, is harder to justify than it is on a team where the lottery is the endgame for a few years. Not every situation, even one where there’s lots of winning like Philadelphia, breeds the same context for individual players. Every human is different and responds in varying ways to these opportunities.

Again, Simmons shoulders the foremost culpability for his offensive shortcomings and this isn’t to blame the Sixers for being too good. That’d be an absurd sentiment. But he’s also correct that his development, or lack thereof, was magnified because of Philadelphia’s success in a manner most young guys do not experience.

Simmons and the Sixers being so good so quickly into his tenure is a testament, in part, to him and his abilities. To be relied upon so greatly as a rookie is a luxury, one he doesn’t feel allowed for the most widespread expansion of his skill-set. It’s fair to be skeptical of whether or not he’d be a completely different and better player on a team with fewer immediate expectations, though it is not hard to see why he believes that and also why, to others, it may appear he’s avoiding accountability.