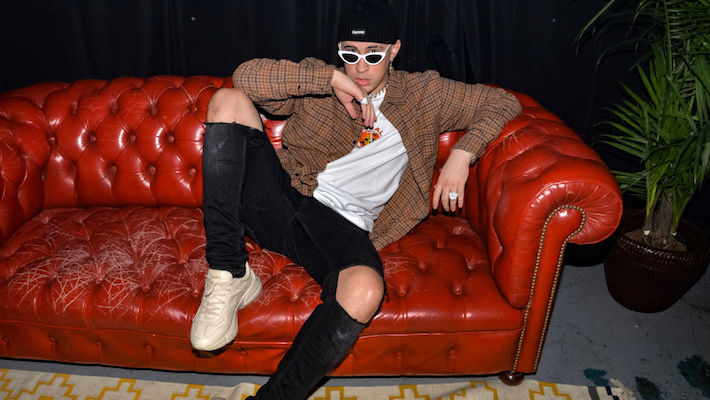 Bad Bunny has been racking up the achievements lately. He’s going to be the musical guest on Saturday Night Live this weekend, he’s acting in a movie with Brad Pitt, and he has the first all-Spanish album to top the Billboard 200 chart, and all those things have happened just since December. Bunny has proven he can do a bit of everything, and his latest accolade broadens his horizons significantly: He is now a WWE champion.

On Monday’s episode of WWE’s Raw, Bunny claimed the WWE 24/7 Championship belt, an unconventional title that can change hands at any point, whether the folks involved are WWE wrestlers or not, as long as a WWE referee is present. Here’s how it went down: During the broadcast, Bunny was being interviewed backstage alongside wrestler Damian Priest. The conversation was interrupted, however, when Tozawa pinned R-Truth to claim the 24/7 belt. R-Truth didn’t hold the belt for long, though, as Priest them slammed him into a crate and encouraged Bunny to pin him. That’s just what he did, and as it stands now, Bunny is the current holder of the 24/7 Championship belt.

Bunny got some props from wrestling legend Triple H, who wrote on Instagram, “A #RoyalRumble moment, an upcoming #SNL appearance and now @wwe #247Champion… @badbunnypr has been a busy man.”