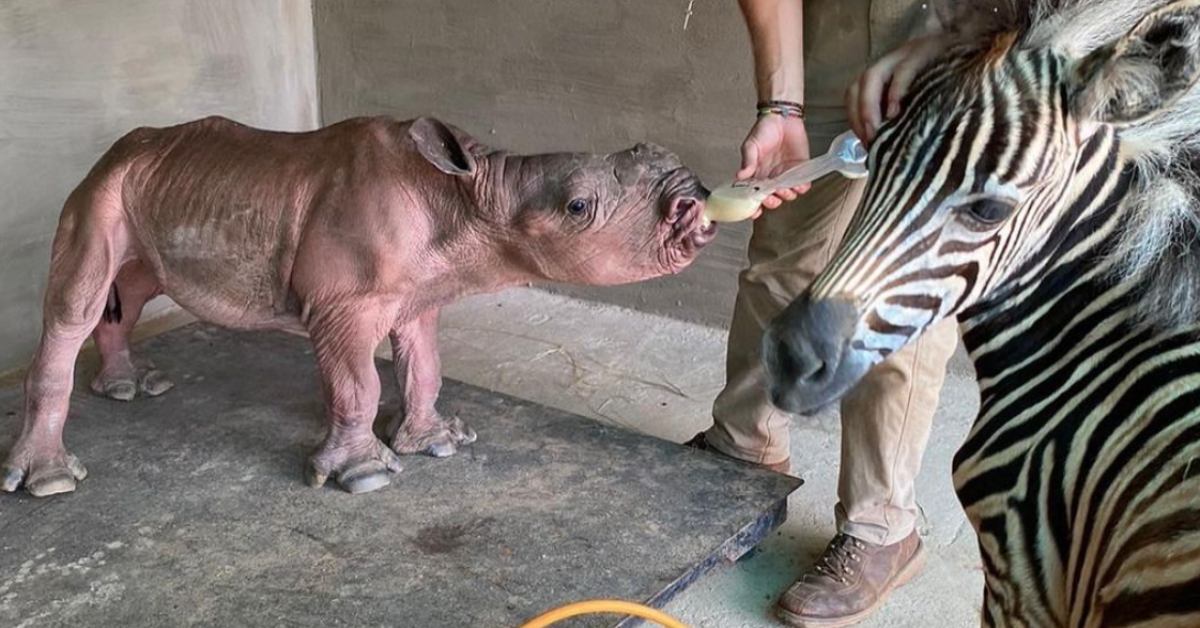 The people at the Care For Wild Rhino Sanctuary in South Africa care for orphaned rhinos and sometimes different species of animals end up hitting it off and forming a special bond.

A baby rhino named Daisy and a zebra named Modjadji had an instant bond with each other. Daisy was abandoned by her mother and it was clear that she was malnourished so she was brought to the sanctuary. Modjadji was also found alone one morning after a big storm.

Modjadji has taught Daisy how to graze, which is important so she can develop normal eating patterns.

Check out GeoBeats Animals on YouTube for more great videos.