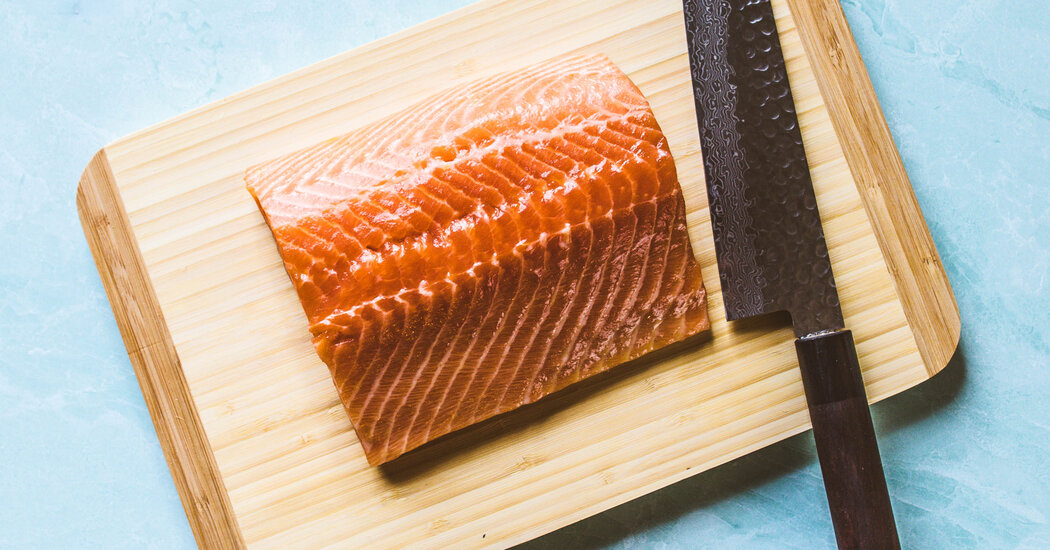 Norway put farmed Atlantic salmon (salmo salar) on the map about 50 years ago. Today Atlantic salmon is raised around the globe. The company Atlantic Sapphire even has them swimming in Florida. Two Norwegians, Johan Andreassen and his cousin Bjorn-Vegard Lovik, joined with a Danish aquaculture expert, Thue Holm, to create the company in 2010, in Denmark. They were mindful of the carbon footprint of transporting the fish by air to other countries, notably the United States, so in 2017 they opened a facility and installed their fish farm in Homestead, Fla., south of Miami. The salmon are raised in big indoor saltwater pools fed from the area’s extensive aquifer. The fish, each about 12 pounds and raised without hormones or other additives, were harvested for the first time a few months ago, and were rated “best choice” by the Monterey Bay Aquarium Seafood Watch

Advertisement
; they are now being sold as fillets, under the label Bluehouse Salmon. The fish has good texture and a very mild flavor. Many chains, including Publix, Wegmans and Safeway carry it. It’s also available shipped in eight-ounce fillets, six for $99.95.