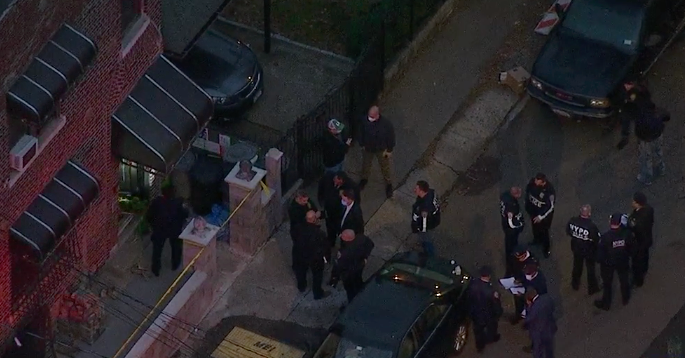 At least two U.S. marshals were shot early Friday morning in the Bronx during an operation, the authorities said.

The shooting happened in the 47th precinct, in the Wakefield neighborhood of the Bronx, at 5:30 a.m., the New York Police Department said, adding that one suspect was shot.

Two or three U.S. marshals were wounded, the police said. Their conditions were not immediately known.

The shootout erupted when the marshals tried to serve a warrant at 4085 Ely Ave., according to NBC New York. The officers were reportedly searching for Andre Sterling, a man who was wanted in Massachusetts in connection with the shooting and injuring

Advertisement
of a state trooper there in November.

Mr. Sterling was critically wounded in the shootout, NBC New York reported. It said a total of three marshals were shot — one in the arm and two in the legs — and were expected to survive.