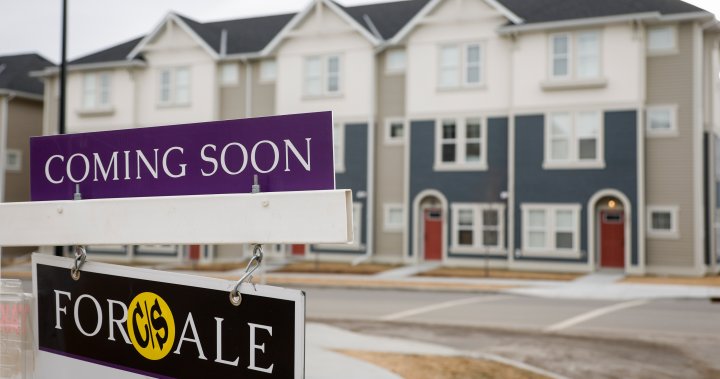 The data from the Financial Transactions and Reports Analysis Centre of Canada (FINTRAC) showed money laundering audits in real estate dropped from 146 in 2019-20 to just 53 in 2020-21 – a decrease of 64 per cent. That’s down from nearly 200 audits of real-estate entities in 2018-19.

The new numbers, obtained through an access to information request, come as Canada’s housing market has been on fire for the last two years, with prices reaching historic levels fuelled by ultra-low interest rates and a lack of supply across the country.

Canada’s national average home price was $713,500 in December 2021, up 17.7 per cent from the same month last year, with nearly 667,000 residential properties – or $459 million – trading hands last year, according to the Canadian Real Estate Association.

And with hundreds of millions flowing in Canadian real estate, financial crime experts said the drop in examinations by the federal watchdog was “stunning” as law enforcement could be missing vital intelligence when it comes to tackling illicit money flowing through the housing market.

“These are troubling figures,” said Matt McGuire, a financial crime expert with the AML shop in Toronto. “There’s less scrutiny, less guidance for reporting entities … in terms of pushing them towards the intelligence ends that (investigators) need to go after these criminals.”

According to the new figures, investigators found nearly 230 issues with anti-money laundering and anti-terrorist financing obligations in the 53 investigations it completed last year in real estate. The high level of deficiencies is a trend that’s been consistent since 2016, according to the data. In 2018-19, FINTRAC found more than 750 problems in the nearly 200 audits it conducted.

And it wasn’t just real estate. Examinations across all financial sectors — like banks, money service businesses or securities dealers — dropped significantly from nearly 400 in 2019-20 to 151 in the last fiscal year — an overall decline of 62 per cent.

FINTRAC works with banks, real estate brokerages and others in the finance sector to help recognize when criminals might be laundering illicit cash. Its officers look at whether they are properly reporting all transactions, identifying clients correctly and implementing a compliance program.

The issues cited with real-estate audits include dozens of instances of failing to identify clients or failing to file suspicious transaction reports on deals involving over $10,000 in cash or multiple cash transactions over a 24-hour period.

Law enforcement across the country should be alarmed, McGuire said, especially given the failing grades the industry has received in the past over money-laundering compliance.

“It permits networks to operate anonymously and evade the consequences of their criminal actions.”

For years now, multiple reports and even a B.C. provincial commission have highlighted the problem of criminals laundering crime proceeds through homes or condos – driving up prices in the process.

A 2020 report from the federal agency, Criminal Intelligence Service Canada, said anywhere from $45 billion to $113 billion is being laundered annually across the country.

How do we follow the money? Canadian real estate gets ‘abysmal’ anti-money laundering grades

And just as Canada was battling through the first wave of COVID-19, FINTRAC issued a special bulletin warning about the potential for criminals to capitalize on the pandemic.

“Some individuals may attempt to profit from the current situation to undertake or facilitate money laundering,” the agency said in a special bulletin last summer.

A spokesperson for FINTRAC said the decline in investigations was caused by disruptions related to the pandemic and a move by the agency to “more complex, lengthy and in-depth examinations.”

“(FINTRAC has) focused on large brokerages in Vancouver and the Lower Mainland, as well as those in the Greater Toronto Area and Montreal. Large businesses represent a greater share of the market, and some include several dozens, if not hundreds, of agents,” spokesperson Mélanie Goulette Nadon, said in an email. The agency said it has issued 26 violations since 2019, including 14 in the real estate sector.

The anti-money laundering watchdog said it temporarily paused new examinations in April and June of 2020 as businesses dealt with new public health restrictions, but migrated to conducting remote examinations by July 2020.

But financial crime specialists say the trend of deficiencies found in the audits is part of a “stunning” pattern and Ottawa needs to be urgently pushing more resources to fight and prosecute white-collar crime, particularly during the pandemic, amid reports the criminal networks could be seizing on the chaos caused by COVID-19 restrictions.

“COVID took a lot of government departments by surprise, and there’s just been a lot of scrambling,” said Sasha Caldera, campaign manager of the advocacy group Publish What You Pay Canada, a group that advocates for greater transparency among resource companies. “It’s very concerning to see a decline in audits across the board.”


With more money flowing into “highly-vulnerable sectors” like banking or real estate and a dwindling number of examinations, it’s a “recipe for disaster,” said Caldera.

“(Money laundering) is causing significant changes to prices in homes, making it less accessible to those that aren’t involved in criminality,” he said.

At the centre of Canada’s real-estate dirty money problem are the lax financial reporting laws, which allow people to hide their identities behind numbered or shell companies.

“This has been abused globally to launder money in Canada. This is affecting everyday Canadians who are wanting to get into the housing market,” Caldera said.

After years of calls from anti-corruption champions and white-collar crime experts, the Liberal government committed in its last federal budget to creating what is called a beneficial ownership registry – scheduled for 2025 – which would provide details about who actually owns and controls a private company. The Liberal government has also announced $100 million for new anti-money laundering units in Ontario, Quebec, B.C. and Alberta.

Transparency experts say, however, that the registry will be toothless if it’s not publicly searchable and does not come with the support of the provinces and territories.

“This could be one of the most important pieces of legislation that can have an impact on the amount of dirty money coming into the country,” according to Caldera

The magnitude of illicit money being washed through Canada’s economy is often difficult for those outside the world of policing or finance to grasp, McGuire said, but the impact is felt in every community.

“This is not just a theoretical game,” he said. “What we’re trying to achieve as a country should be around taking the profit out of crime. If crime is less profitable, they’ll be less criminals and we’ll have safer communities.”