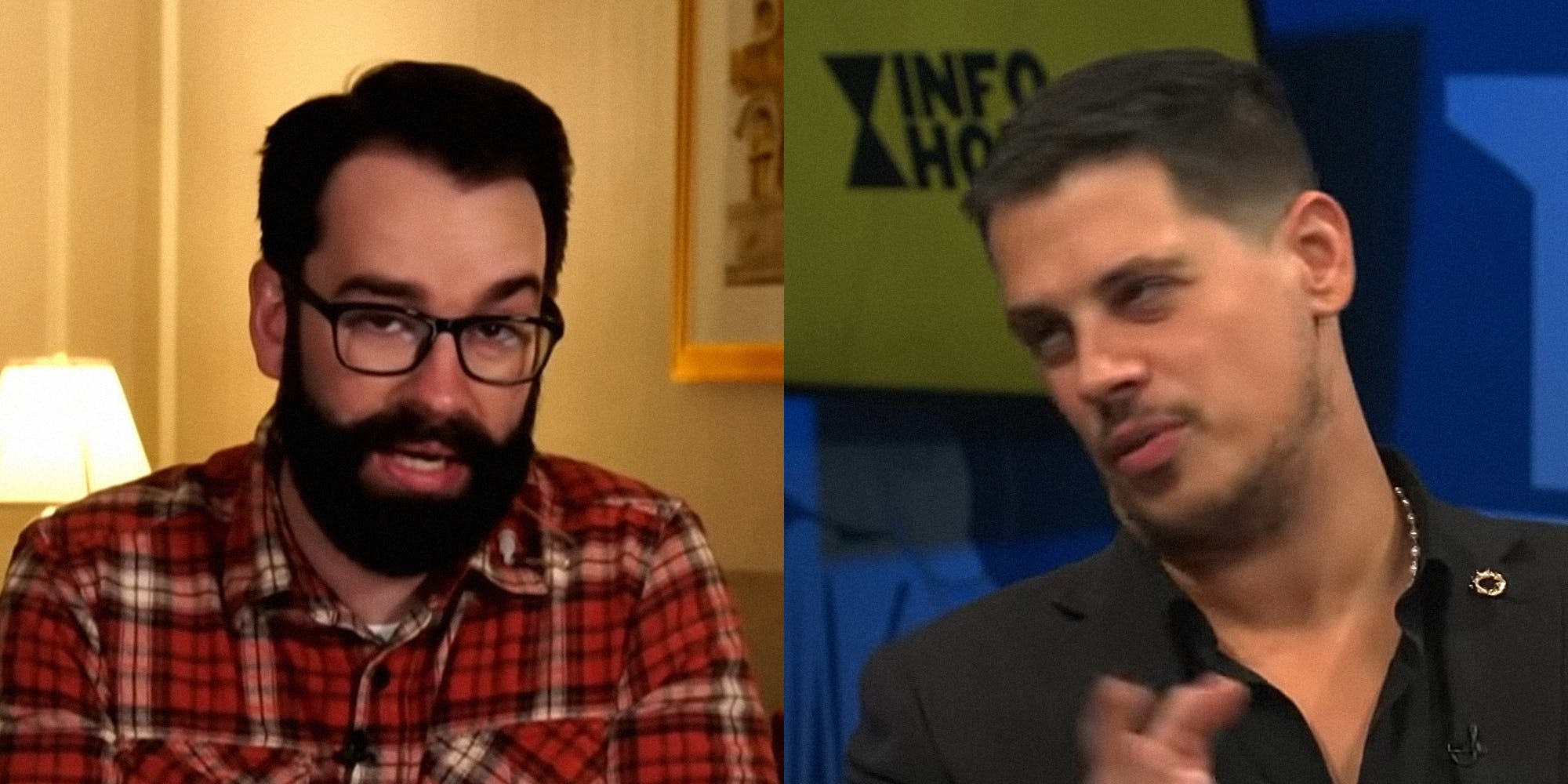 As his transphobic crusade of recent months illustrates, the Daily Wire’s Matt Walsh rarely lets go of something once he latches on. When it comes to Milo Yiannopoulos, however, that may not be the case. The pair are headlining an upcoming anti-choice conference in Ohio.

Yiannopoulos was once a rising conservative star. The former Breitbart News editor’s ascent abruptly reversed course in 2017 when he made comments widely seen as condoning pedophilia and statutory rape. Since then, he’s been relegated to the fringe alongside pals Laura Loomer and Nick Fuentes.

(Disclosure: Yiannopoulos founded the Kernel, a publication the Daily Dot acquired in 2014.)

Walsh was among Yiannopoulos’ many vocal critics at the time. In multiple tweets, Walsh accused him of “advocating for pederasty” (sex between men and boys), said Yiannopoulos wasn’t “a martyr for free speech” so much as “a martyr for degeneracy” and called his attempts to make excuses for his comments “pitiful.”

Walsh’s criticisms sparked a feud between the two. Yiannopoulos accused Walsh of slandering him.

“Milo accuses me of ‘slander’ for quoting his exact words,” Walsh tweeted along with a screenshot of Yiannopoulos’ comments.

Walsh effectively told him to bring it on. “I invite him to sue me in court,” Walsh said.

The feud seems to have fizzled after that. Walsh didn’t respond to a request for comment Thursday morning.

“Sadly, I’m a Christian now, so I can’t stab him in the throat. I look forward to turning down his request for a selfie,” Yiannopoulos told the Daily Dot via email.

In the years since, each has issued lukewarm defenses of the other.

The episode may have gotten under Yiannopoulos’ skin, however. Although he posted some praise of Walsh, even years later he’d occasionally fire a missive his way.

In 2019, Yiannopoulos wrote on Telegram that Walsh “HATES anyone popular and successful, and can never be relied upon in a fight.”

“Throws allies to wolves in a heartbeat. Not our guy.”

Others have raised questions about Walsh headlining an event with Yiannopoulos. Although Walsh has taken his share of criticisms for such stunts as writing a transphobic children’s book and trying to trick transgender people into being interviewed for a documentary, many still view Yiannopoulos as the pariah of the two.

Walsh has also long tweeted about “protecting children” under the guise of pushing for LGBTQ discrimination. He also frequently tweets about pedophiles lurking in society. But it appears that Yiannopoulos’ past statements aren’t stop him from attending the conference.

Nick Martin of the Informant wondered if their co-headlining the anti-choice conference is a sign that Yiannopoulos is being accepted back into the fold.

“The right-wing rehabilitation of Milo Yiannopoulos is really something,” Martin tweeted. “He was exiled in 2017 after advocating adults could have sex with children as young as 13.”

Other speakers at the anti-choice conference being held at an Embassy Suites in Cleveland include a guy from Steve Bannon’s show, a former Catholic priest forced to resign for saying Democrats can either repent for the party’s support of freedom of choice or burn in hell for all eternity, and some dude whose says his missives whining about critical race theory are heard “five times daily in Northeast Ohio.”

The post Anti-pedophile ‘crusader’ Matt Walsh headlining conference with Milo Yiannopoulos, who once said 13-year-olds could consent to sex appeared first on The Daily Dot.