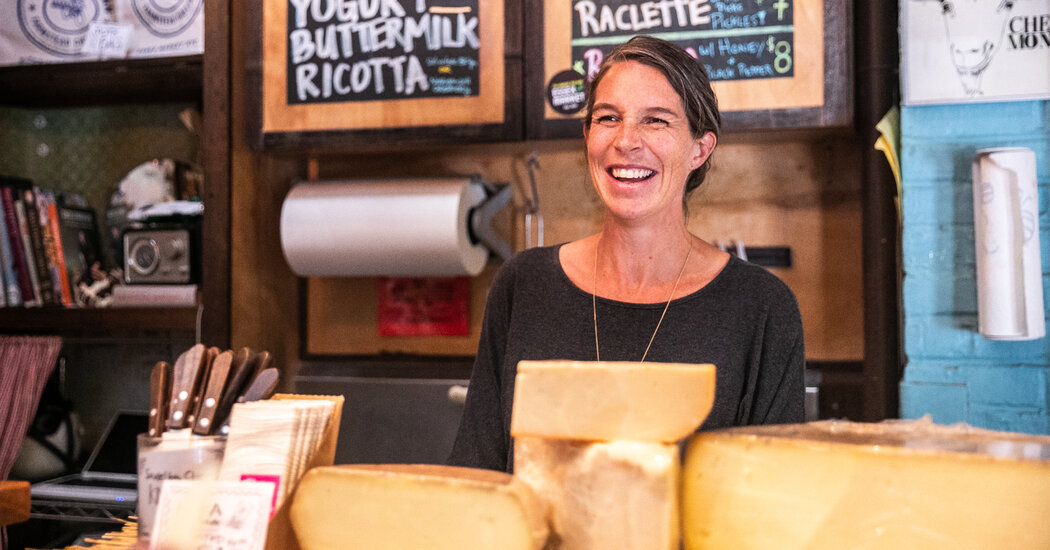 “We grew up in cheese together,” Mateo Kehler, who started Jasper Hill Farm with his brother, Andy, said by phone. “Thanks to her, our cheeses are on menus all over the city.”

Dan Barber, the executive chef and an owner of Blue Hill at Stone Barns in Pocantico Hills, N.Y., and Blue Hill in Manhattan, said that soon after Ms. Saxelby opened her store he offered a cheese plate on the menu with three classic European cheeses, like Beaufort, tomme and Vacherin, paired with three American cheeses.

“Anne’s excitement for this plate was palpable; in the end I called it the Saxelby cheese plate,” he said by email. “She said that the pairing was a great way to talk not just about the emergence of American cheese, but how our cheesemakers were building on traditions and creating new ways to express old ideas.”

In addition to her husband and father, Ms. Saxelby is survived by her mother; a son, Max Martins; two daughters, Reggie and Josie Martins; a sister, Megan Saxelby; and a brother, Bill.

Mr. Breal, her business partner, said the company would continue to move forward, “one step at a time,” adding, “We plan to continue our mission to be the bridge between local cheese makers and the consumers for many years to come.”

What to Do With All Those Apples

The Power of the Mortar and Pestle