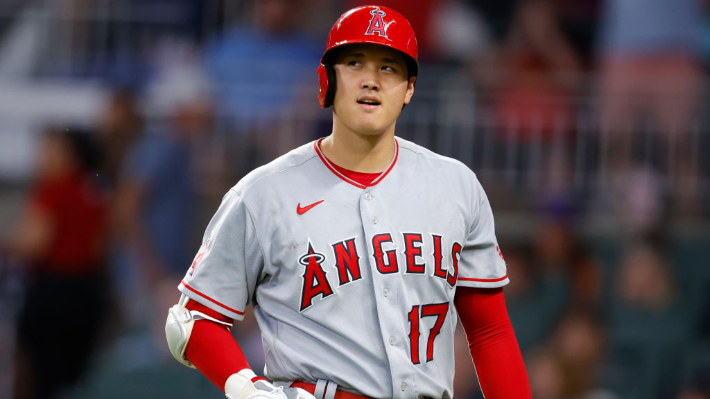 Another year, another season in which the Los Angeles Angels look set to miss out on the postseason. L.A. sits at 39-54 on the year, putting them 11.5 games behind a spot in the Wild Card and 22.5 games behind the Houston Astros for first place in the AL West. Barring a miracle happening, the Angels will miss the playoffs for the eighth season in a row and the 12th time in the last 13 years.

All of this is happening despite the team having a pair of generational talents on the roster in Mike Trout and Shohei Ohtani. Apparently, Ohtani is piquing the interest of teams around Major League Baseball, with MLB Network reporter Jon Morosi bringing word that teams are calling the Angels about 28-year-old pitcher/outfielder’s availability. The bad news for those teams is that Los Angeles is apparently telling them Ohtani is not available as we get closer to the Aug. 2 trade deadline.

Sources: @MLB teams are calling #Angels to express trade interest in Shohei Ohtani, but the Angels are indicating they have no plans to move the superstar before the Aug. 2 Trade Deadline. @MLBNetwork

Ohtani came to MLB in 2018 after a productive career in Japan. In that time, he’s managed to make a pair of All-Star teams, got named the AL Rookie of the Year, and took home his first MVP award for his performance last season. Despite the individual accolades and his performance at the plate and on the mound, Ohtani has yet to make it to the postseason during his time in the league.