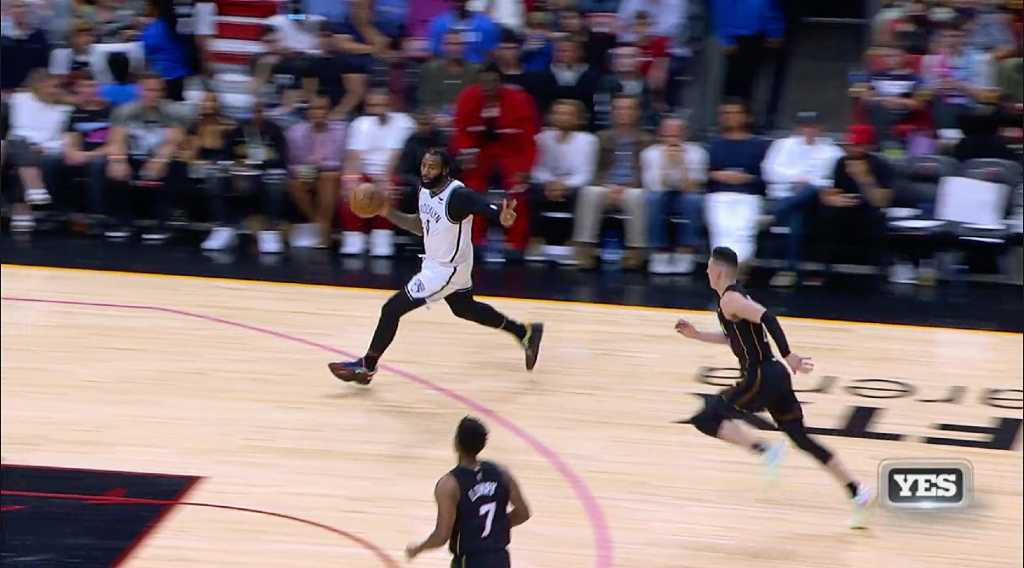 Here is a video of Andre Drummond doing his best impression of a very good free safety during the Brooklyn Nets’ game against the Miami Heat on Saturday night. Kyle Lowry tried to throw a pass on the perimeter to Tyler Herro, but did not see that Drummond was preparing to jump the passing lane and force a turnover. The big fella did just that, tipping the pass towards his basket, grabbing it, taking one dribble, and dunking.

Perhaps you noticed that he threw out his left hand right as he was gathering. Well, here’s another angle of the whole thing, in which Drummond decided he was going to troll Herro by throwing up a peace sign as he ran away from him and threw down.

Dre is a one-man fastbreak

Drummond very much deserved to talk a little trash here, as did the entire Nets team. This dunk meant that Brooklyn — who, we must add, very well could end up playing the Heat in the first round of the postseason depending on how things shake out in the Eastern Conference — extended its lead on the evening to 82-55. It’s been a bad night for Miami, sure, but this is one heck of a way to have some salt rubbed in the wound.