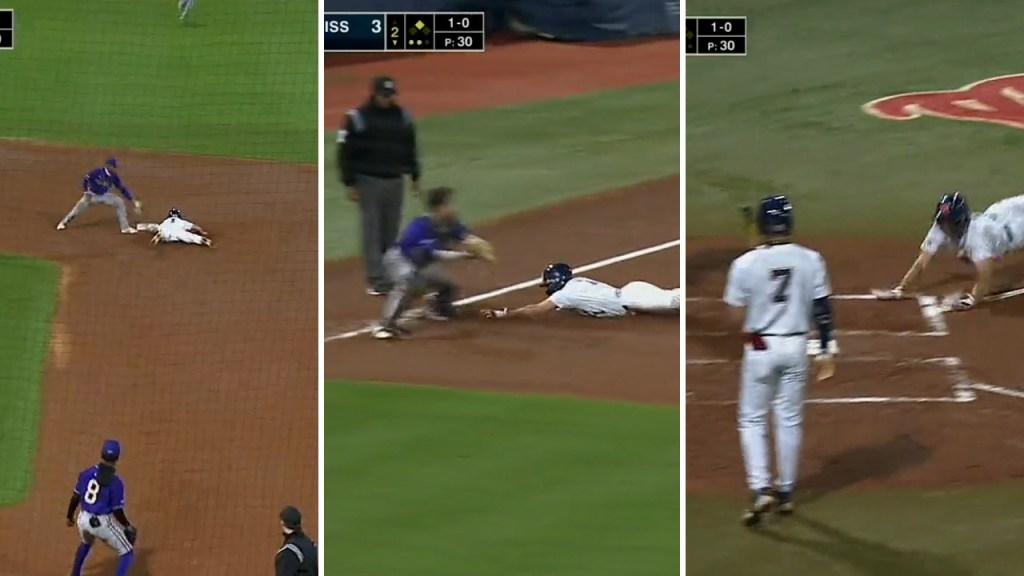 Major League Baseball isn’t coming back anytime soon, as the owners continue to refuse to budge in labor negotiations with the players association, with commissioner Rob Manfred announcing on Wednesday they were canceling two more series, meaning no games will be played through April 14.

As such, anyone seeking a baseball fix has to turn elsewhere, and luckily the college baseball season is underway to scratch that itch. Down in Oxford, Mississippi, Ole Miss is one of the nation’s top teams, boasting a No. 2 ranking in the country after a 10-1 start to the season, and the Rebels entered Wednesday night expected to cruise to a win over a winless Alcorn State team. The Braves trailed 3-1 in the bottom of the second when they allowed Peyton Chatangier to reach first base, who proceeded to go first move to second and seemingly get picked off for it.

However, he got under the tag at second base and, from there, was gifted two more bases and a run by an asleep at the wheel Braves defense.

It is one of the weirdest sequences you’ll ever see on the diamond, as Chatangier recognizes that, for whatever reason, the third baseman for Alcorn State has strolled out to near second base, allowing Chatangier to outrun both he and the catcher to third. With the catcher straying up to third in an effort to cut off the runner, he then has a wide open path to home plate for an early insurance run that Ole Miss probably wasn’t going to need but helps the cause all the same.