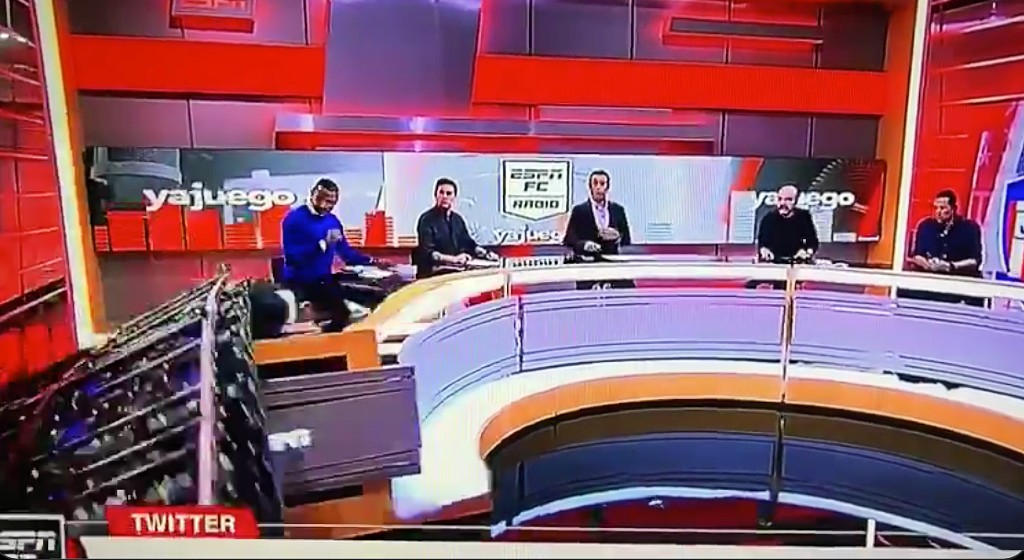 One of the advancements in television production in recent years has been the advent of large video boards serving as set walls, allowing for multiple shows to be shot on the same set, while still being able to change backgrounds to give each show a unique look. That has allowed for smaller studio spaces and multi-purpose functionality for big television networks, which used to have to have multiple sets for its various shows.

Typically, there’s not any danger to this setup, but on ESPN Colombia on Tuesday night, one of the video walls collapsed onto one of the analysts, Carlos Orduz at the desk, crushing him between the desk and the video boards in a scary scene, as his other coworkers reacted in horror before quickly trying to get to break.

Luckily, Orduz was not seriously injured in the on-set accident, posting a video to Twitter shortly after to confirm that he was OK and discuss the situation briefly. He later said he only had some bruises and a blow to the nose, but that it was not broken.

It is a wild scene to see take place on live TV and it’s great to hear that Orduz is in apparent good spirits and health. This will probably serve as a reminder to others in the TV industry to double check their own set pieces and make sure everything is well secured.