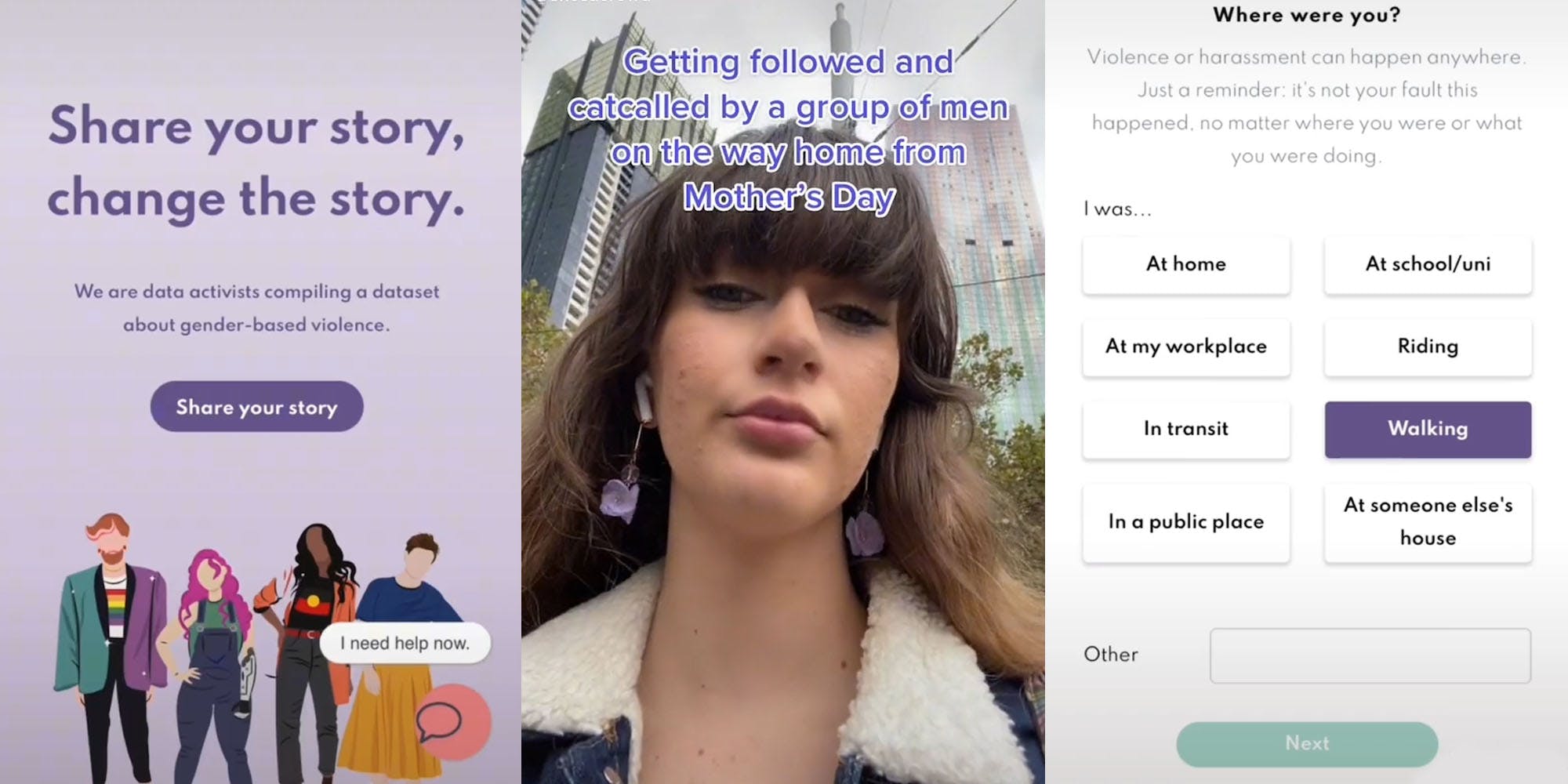 An Australian startup, She’s A Crowd, has grabbed TikTok’s attention with a digital map where users anonymously report instances of catcalling.

The company operates a website where individuals can pin the time, place, and nature of gender-based harassment to protect others. A promotional video they made for Mother’s Day has reached over 170,000 views and counting on TikTok.

In the video, a young woman is shown with the caption, “Getting catcalled by a group of men on the way home from Mother’s Day,” followed by a demonstration of how to use the app.

Users can log specifics of incidents, from time of day to if it happened on a certain public transportation line, and also include suggestions to help others avoid the area. Categories of incidents include flashing, intimidation, threats, and more.

TikTok users praised the app, noting it made them feel safer and wanted to spread the word to others.

“The males at my old job in Aussie are doing the most awful shit and I wanna warn the women,” wrote user @tttttthgghg. “You have no idea I’ve been searching on how to tell other women.”

“I literally just submitted my story in Toronto, Canada. Thanks for sharing,” commented @bbstolz.

She’s A Crowd is available on all browsers.

The Daily Dot reached out to She’s A Crowd via Instagram direct message.

Dan Latu is a freelance journalist writing about the internet and culture. Previously, his work has appeared in the Real Deal and Columbia News Service.