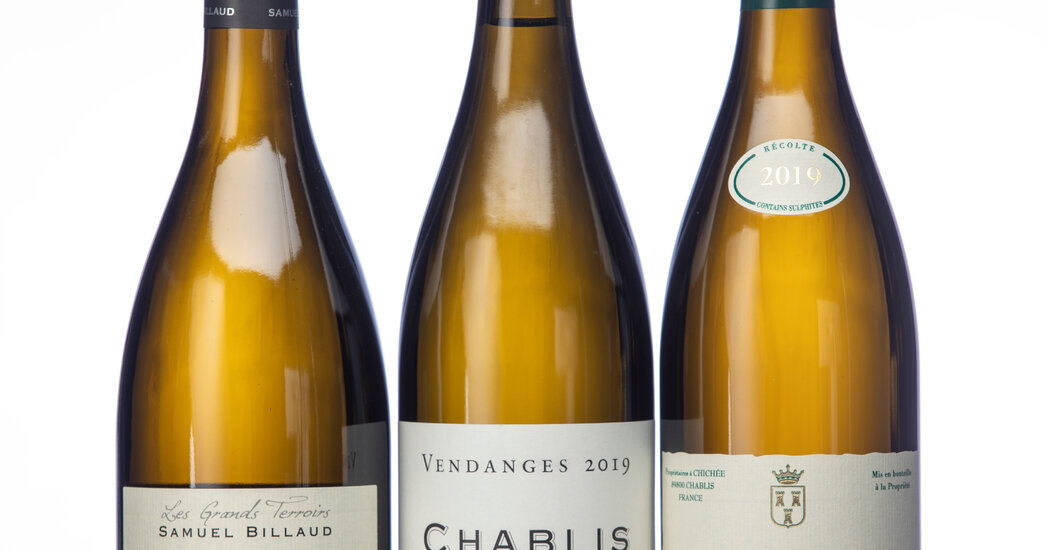 However, Fred would be incorrect in painting oak barrels as the villain here. It’s important to distinguish between older oak barrels, which are often used to enhance texture and age-worthiness, and those that are used as flavoring agents, in which new oak can impart woody, vanilla, chocolate, toasty flavors as well as oak tannins.

New oak barrels are pretty rare in Chablis nowadays, though they might have had a brief vogue 25 years ago. But many producers use older oak barrels for their wines, mostly for the more ambitious premier and grand crus, but sometimes for village wines like these. For the most part, it’s hard to discern a flavor.

Many readers, while standing up for Chablis denounced chardonnay in general. They described it as buttery, or tasting like butterscotch or even buttered popcorn. Many blamed oak for producing these flavors and centered the problem in California.

I want to make three points: First, flamboyant, buttery, oaky Calif ornia chardonnays became popular in the 1980s and ’90s, popular enough that producers around the world emulated the style.

But over the last 10 or 15 years the fashion has ebbed. This style continues to have its fans, like Dariala of Massachusetts, but California chardonnay is far more stylistically diverse today. Let’s not assume that California chardonnay means big, buttery and oaky, because it’s just as easy to find taut, steely examples.

Second, as I’ve suggested, oak is not the villain, though sometimes the way winemakers use oak barrels (or oak adjuncts like chips, staves or dust) to flavor wines can be nefarious. These days, I find many more wines are enhanced by judicious use of oak barrels rather than harmed by overdoing it.

Interestingly, while oak is overwhelmingly the most popular wood for barrels today, until 50 years ago, many winemaking regions simply used the wood that was prevalent in their areas, like redwood in California or acacia and chestnut in parts of Europe. Around the fringes, I see a few winemakers today returning to these traditional woods, though in California most redwoods are now protected and won’t be showing up in new vats for wine.