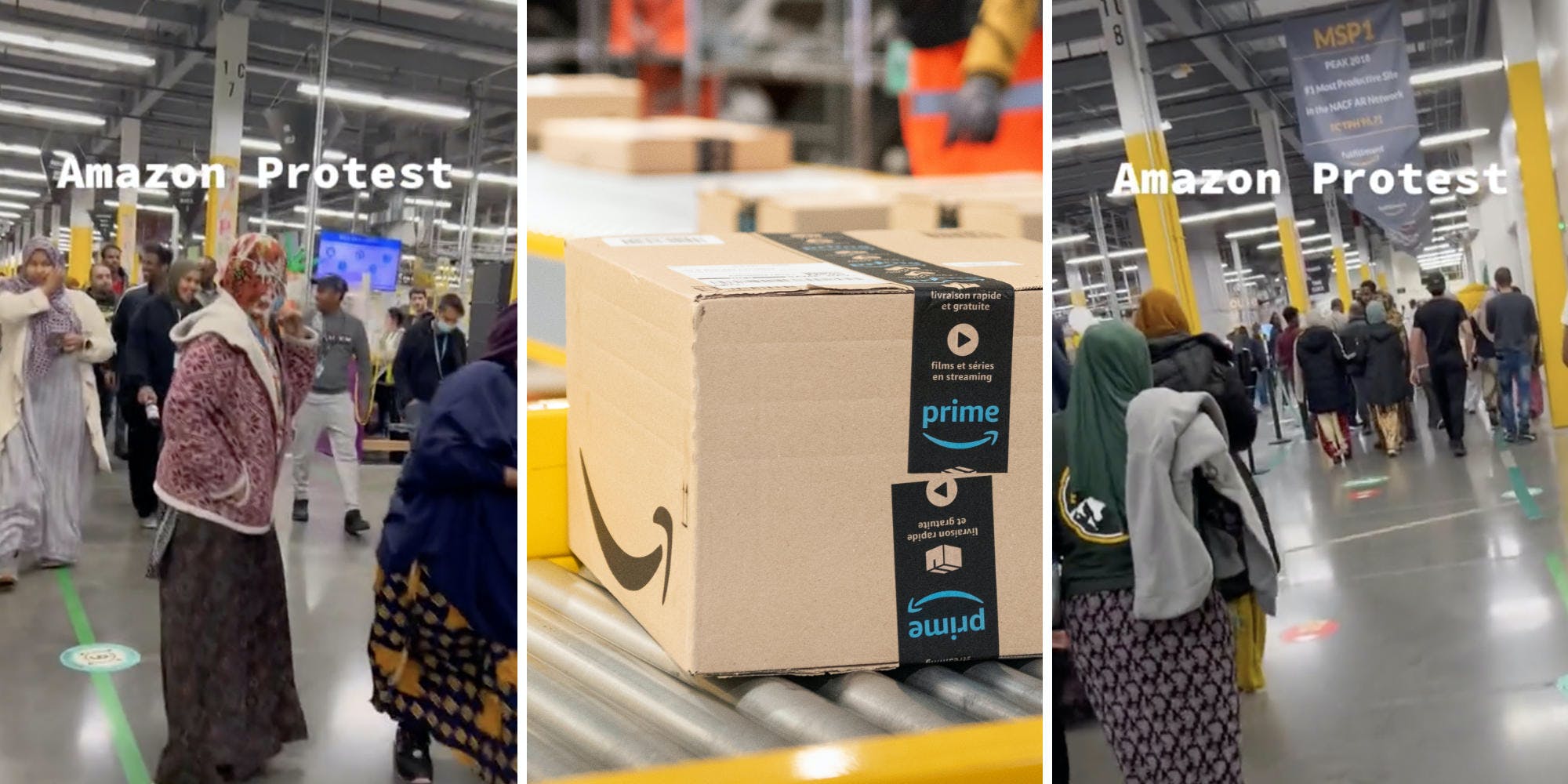 Amazon workers at a Minnesota warehouse walked out in protest of low wages and a lack of time off for Eid, according to a viral TikTok.

The TikTok, which has amassed over 80,000 likes and 1.2 million views, shows Amazon workers leaving a Shakopee, Minnesota warehouse in protest over lack of time off for Eid, the Muslim holiday that signals the end of Ramadan.

The video features a woman telling the TikToker, @ms.chalynda, that she is not allowed to film inside the warehouse. “Too late,” she responds.

In a statement to WCCO in Minnesota, the workers said they walked out to bring back a $3 per hour pay bump for all shifts and unlimited volunteer time off so Muslim workers could visit with their families for Eid. WCCO said the workers were joined by members of The Awood Center, an East African worker advocacy group in northern Minnesota.

The creator shared another TikTok video of the walkout, featuring an Amazon employee, Tyler Hamilton, talking to a crowd. While his words are indiscernible, he left a comment on t he video.

“That’s me! It’s about Amazon forcing people to use their time off for a walkout, which is illegal,” Hamilton wrote in response to someone questioning what he was saying. He also claimed that the fulfillment center cut pay by $3 an hour for those working night shifts.

TikTok users in the comments largely supported the action.

“People are starting to get it. Walk out together and stick together,” one user wrote.

“You cannot live off 15 dollars a hour (nowhere),” another said.

“Don’t ever work at (Amazon) they don’t care about their employees,” a third user commented.

However, some users were cynical about the effectiveness of the action.

“Amazon doesn’t give af 😭 the amount of people they’ll hire the next day,” one user said.

“Everyone of those people are replaceable,” another wrote.

The action comes on the heels of a union push against the tech giant, which started at a Staten Island facility last month after workers there voted to unionize. Another warehouse in Staten Island voted against joining the union last week.

Update 4:46pm CT, May 4: In a statement to the Daily Dot, Amazon said it provides “several ways for employees to raise concerns or provide feedback directly to us if they see room for improvement.”