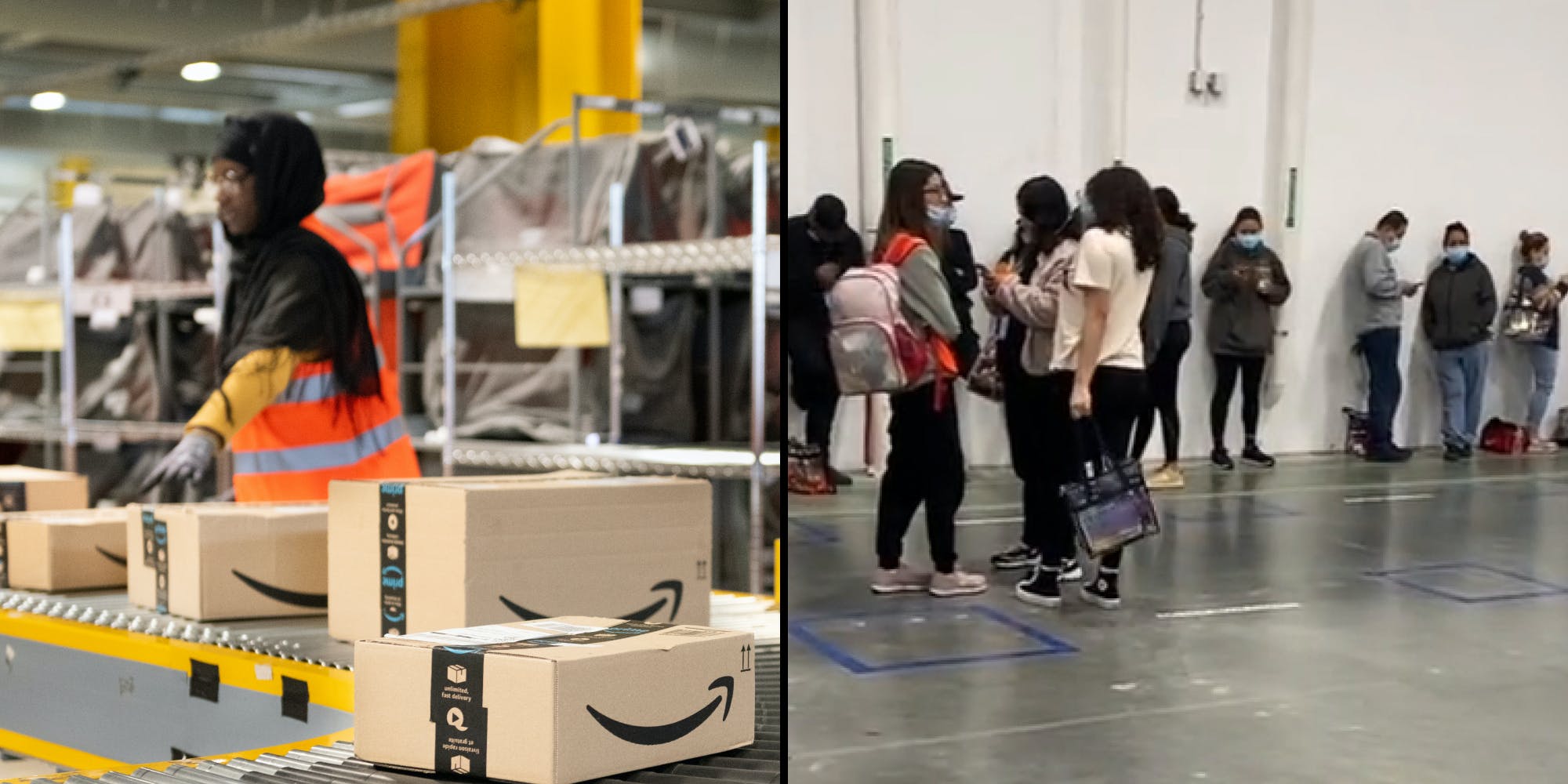 An Amazon worker claimed the company took away chairs for employees at an over-staffed facility in a viral TikTok.

The TikTok, which amassed over 250,000 views in a day, was posted by TikToker Lauren (@arlenari).

“All of us here are being made to stand. … There’s more workers than stations right now, and they’re … offering volunteer time off,” Lauren says in the video. “They just made us get off the chairs because everybody else that has a station is seeing us sitting, and they don’t like it, apparently.”

The video cuts to a number of workers in the facility standing in what appears to be a taped-off area. Blue tape squares are on the floor, which is where the chairs were placed before management made them stack the chairs up, Lauren says.

Lauren says managers offered voluntary time off to workers but very few people were taking the offer because that means they would not get paid. “We’ll see who caves, who accepts the VTO,” Lauren says as she pans around the room.

Many viewers criticized the working conditions seen in the video.

“Richest man in the world and this is how his employees are treated smh,” one commenter wrote.

“People thinking that she’s getting paid for this is awesome, have you ever tried standing still not having anything to do for hours on end? It’s hell,” another wrote.

Others urged the workers to unionize.

“It’s time to unionize,” one said.

“Sounds like a great time to talk to your coworkers about a union!!!” another wrote.

The incident comes on the heels of a huge win for the newly founded Amazon Labor Union last week, when a Staten Island Amazon facility voted to unionize.

The Daily Dot reached out to Lauren via TikTok comment and Amazon via email.