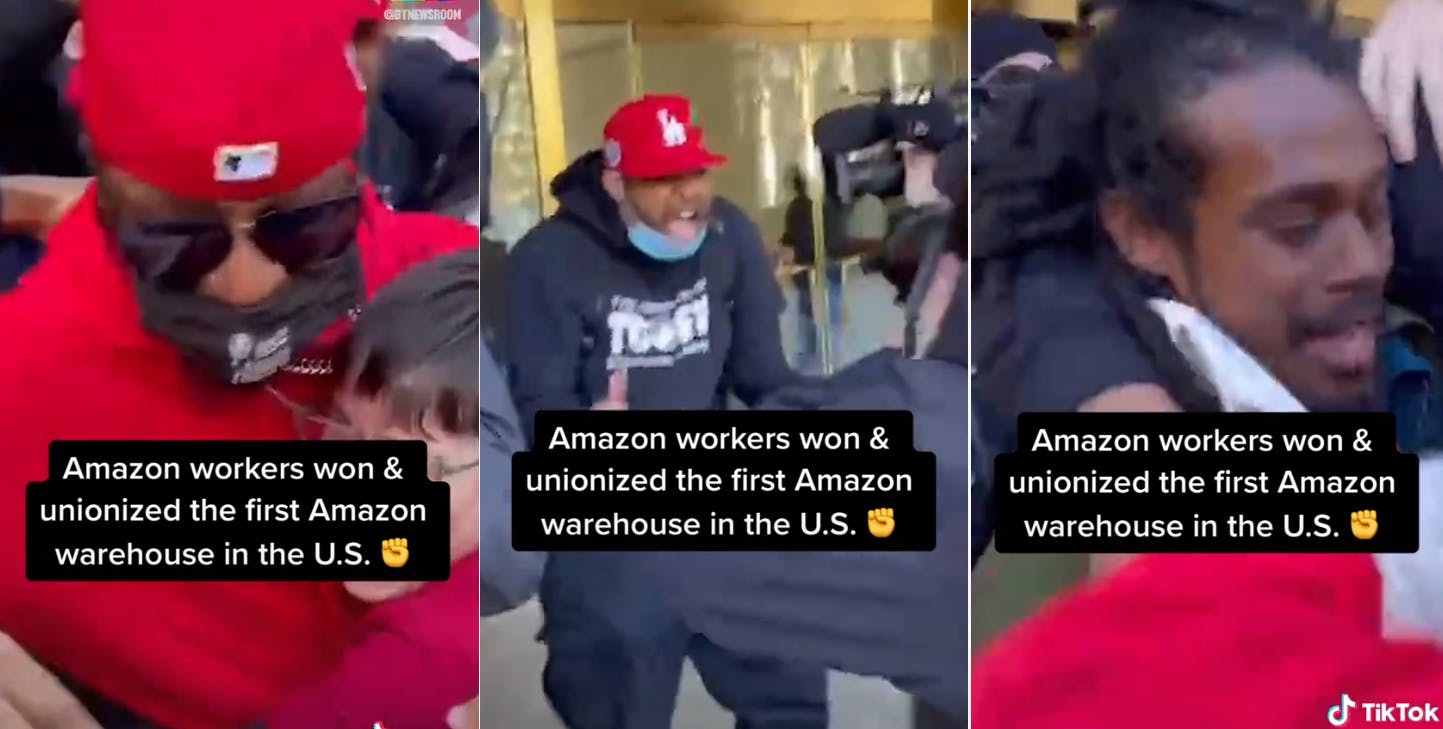 Workers at an Amazon warehouse in Staten Island voted to unionize today, a historic and monumental achievement for employees of the tech giant, which fought the effort every step of the way.

On Twitter, leaders in the effort praised the vote and the people behind the efforts who helped it succeed.

Footage of the immediate aftermath of the announcement is already going viral on TikTok, with one clip garnering nearly 50,000 views in an hour.

The Staten Island warehouse (known as JFK8) will become the first Amazon warehouse to form a union, which will help employees collectively bargain with Amazon, allowing workers there to push for higher wages and better safety conditions without fear of individual retaliation.

The warehouse push has been a long time coming. JFK8 first made national news back in March 2020, when an employee was fired for trying to organize a strike to protest the lack of COVID-19 protocols. Two months later, a worker at the warehouse

The fired worker, Chris Smalls, since spearheaded the efforts to unionize Amazon warehouses. The National Labor Relations Board (NLRB) is currently suing Amazon to have his job reinstated. Smalls announced on Twitter that they’d succeeded.

A the vote could set the stage for similar pushes in warehouses across the country. Amazon has long fought against union efforts. Workers at warehouses posted TikToks detailing the anti-union efforts in recent weeks.

However, the victory against Amazon wasn’t matched in a similar union vote down south. In Bessemer, Alabama, a warehouse that tried earlier to unionize and held a second vote after concerns over the first, those against a union held a sold margin as votes were still being tabulated.

In a statement, Amazon said it was “disappointed” in the result of the vote and said it is considering filing an objection.

“We’re disappointed with the outcome of the election in Staten Island because we believe having a direct relationship with the company is best for our employees. We’re evaluating our options, including filing objections based on the inappropriate and undue influence by the NLRB that we and others (including the National Retail Federation and U.S. Chamber of Commerce) witnessed in this election.”