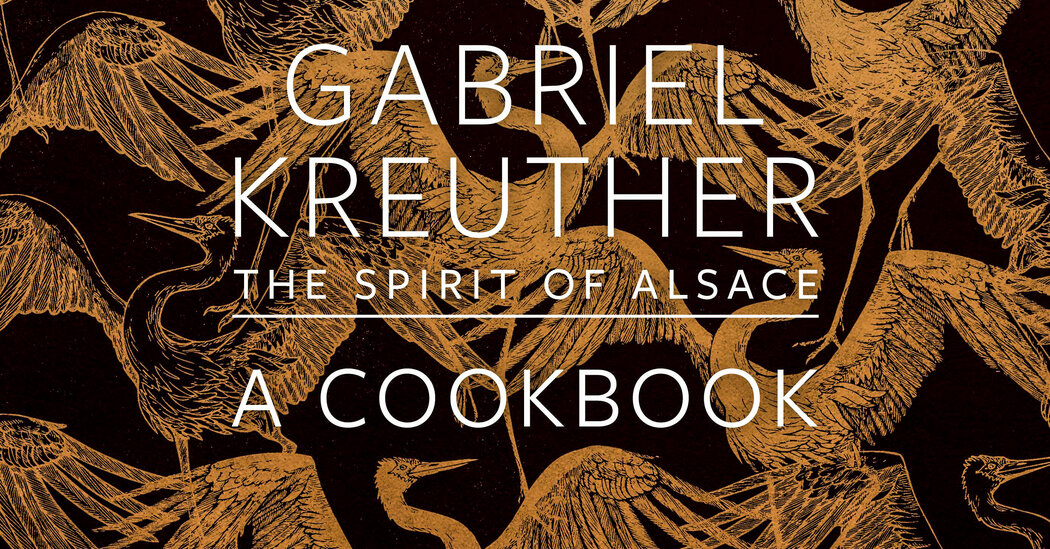 There are two Gabriel Kreuthers on display in his lavish new gift-worthy book, “Gabriel Kreuther, The Spirit of Alsace: A Cookbook,” written with Michael Ruhlman. First up is the son of the province in eastern France: His love letter to his region covers the traditions of farm and table, with the expected tarte flambée, choucroute garnie, baeckeoffe, kougelhopf and a raft of Christmas cookies. Then you have the accomplished chef’s restaurant recipes, often inspired by Alsace, like foie gras terrine with separate steps for sauce, crust and finishing; lamb cooked in hay, requiring six recipes; cabbage stuffed with langoustines and scallops; and the marathon of Black Forest Craquelin that calls for nine preparations. But even at their most complex, the recipes hold promise for the home cook. A button mushroom soup stands deliciously on its own without the chorizo-potato raviolis alongside, and can easily be made to serve four or six instead of 12. And no matter the recipe, Mr. Kreuther fine-tunes the necessary details, even down to explaining the best way to line a terrine with plastic wrap.