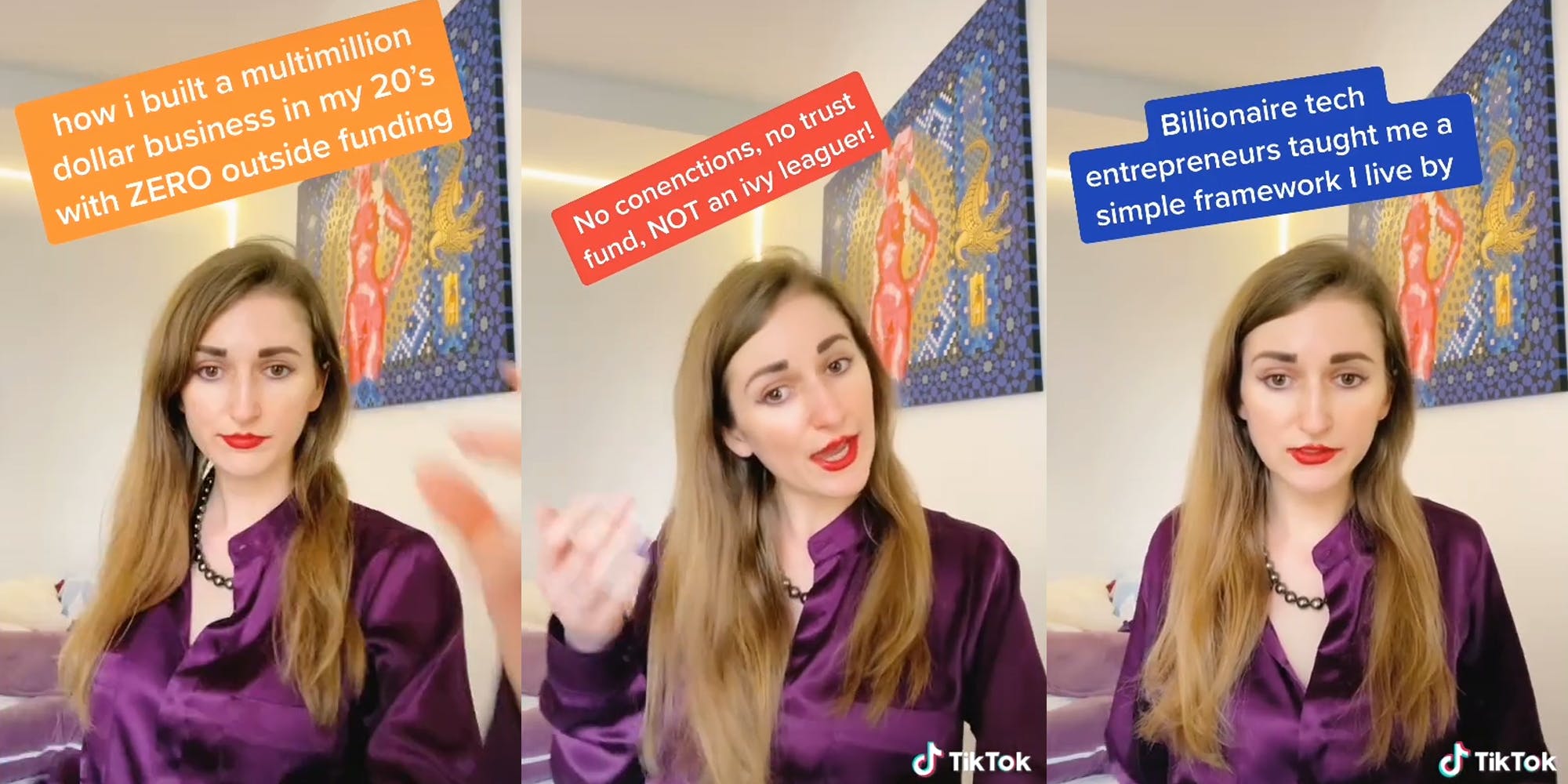 A woman who was arrested for allegedly attempting to launder billions of dollars in stolen Bitcoin was seemingly trying to become a business influencer on TikTok.

Heather Morgan, who was arrested alongside her husband Ilya Lichtenstein in Manhattan on Tuesday, had more than $3.6 billion worth of digital currency seized by the Department of Justice (DOJ) that was reportedly linked to the 2016 hack of the cryptocurrency exchange Bitfinex.

Court documents state that the hacker made more than 2,000 unauthorized transactions and that the stolen funds eventually made their way into a digital wallet controlled by Lichtenstein.

Both Morgan and Lichtenstein, who do not appear to have been involved with the hack itself, are now facing charges relating to conspiracy to commit money laundering and conspiracy to defraud the U.S.

Internet sleuths immediately began uncovering the couple’s digital footprint online, which led to a TikTok page run by Morgan in which she offered advice to would-be entrepreneurs.

In her first video in late 2020, Morgan bragged about how she was allegedly able to build a multi-million dollar business without any outside funding.

“I had no connections. I didn’t go to an Ivy League school and I wasn’t trust fund,” she says.

While the video received almost no attention at the time, Morgan’s “secret for making dreams a reality” was quickly flooded with mocking remarks.

“Proud of you bestie! Enjoy prison,” one commenter wrote.

It appears Morgan’s apparent efforts at TikTok stardom ended in January of last year, the date of her final video. The account produced only six videos in total, five of which surrounded critiquing an email she received from the teleconferencing company Zoom.

Morgan appeared to be slightly more active over on Instagram, where she shared everything from selfies to inspirational videos.

Morgan even attempted to make a name for herself in the rap scene. In a 2019 music video titled “Versace Bedouin,” Morgan dedicates her song “to all weirdos, entrepreneurs, hackers, misfits, and all the unique people who pursue what they want.”

“This song represents who I am: a badass CEO and female rapper, who’s ready to take on Wall Street, Silicon Valley, and any other place that oppresses individual uniqueness and self expression,” she wrote.

In a separate music video from last year, Morgan also made mention of a hacking technique known as spearphishing before rapping the line “all your funds transferred.”

Morgan has declined thus far to publicly comment on her arrest.

The DOJ praised the seizure as the largest in the government entity’s history.

“Today’s arrests, and the department’s largest financial seizure ever, show that cryptocurrency is not a safe haven for criminals,” said Deputy Attorney General Lisa Monaco. “In a futile effort to maintain digital anonymity, the defendants laundered stolen funds through a labyrinth of cryptocurrency transactions.”

The arrests come amid a growing number of hacks against cryptocurrency exchanges which have resulted in the loss of billions in digital funds.