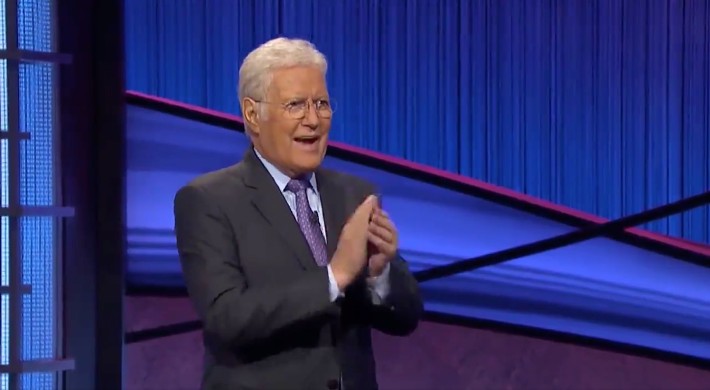 The Cool Jeopardy! Stories Twitter account seems to have gone quiet, but the stories contestants tell during their get-to-know-you conversation with Alex Trebek are legendary in the game show universe. These are a bunch of very nerdy people asked to give a single factoid that narrows down who they are as a person unless, of course, you win the taping and come back for another episode.

That first impression, however, is a big deal. Which is why sometimes those s tories truly stand out, especially if Trebek reacts positively about it. The latest example is a man stunning Trebek by revealing that he’s a very accomplished beatboxer, which is something that apparently Trebek has no idea even exists.

On Friday’s episode, challenger Andrew revealed that he’s a musician and teacher with a special skill, one that, once revealed nearly had Trebek attempting to mimic him.

“You’re a world-famous beatboxer,” Trebek said. “And I don’t know what that means.”

But when Andrew started spitting, Trebek went through several levels of emotion. He appeared at first like he might join in and try to beatbox along, then actually cheered and clapped for Andrew. Trebek was much more positive about another contestant’s musical interests, which has gone viral several times over as people rediscover it in the years since it happened.

Perhaps in his later years Trebek has grown more forgiving of some of the show’s contestants and their nerdier hobbies. Or maybe he really does want to “jam” with Andrew after the show.