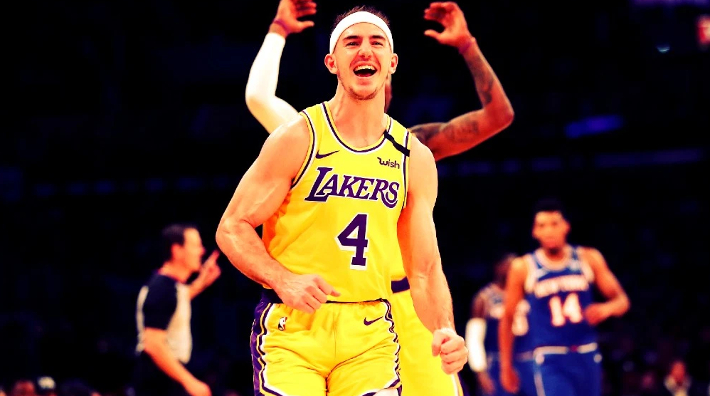 The Los Angeles Lakers are fresh off winning the 2020 title, adding a record-tying 17th championship banner to the rafters at Staples Center. It marks LeBron James’ fourth title and fourth Finals MVP, further cementing his legacy as one of the game’s all-time greats.

For other players, it’s the first time reaching the mountaintop, a culmination of years of hard work and dedication and the glamour-less daily grind that happens when no one’s watching. Few players embody that ideal better than Alex Caruso, an undrafted prospect who fought his way up through the G League ranks to become a key rotation player for the Lakers during their championship run.

Caruso has become a fan favorite in Los Angeles and around the league, the sort of scrappy underdog that appeals to something universal in us and makes it easy to root for him. In a recent appearance on the J.J. Redick podcast, The Old Man and the Three, Caruso talked about how the key for him securing his place in the NBA and getting out of G League limbo was to understand his role and find his niche.

“That’s a big reason guys get stuck in the G League is that they don’t understand the position they’re trying out for,” Caruso said. “It’s like going to a job interview thinking you’re going to be the CFO of the company, and they’re looking for a guy to clean the bathrooms…It’s a self-awareness of understanding what you’re good at, what teams need, and trying to do that.”

Caruso certainly made the most of his opportunities, and last summer, earning a two-year, $5.5 million contract with the Lakers. He’ll now prepare to help L.A. embark on their title defense when the new season tips off on Dec. 22.