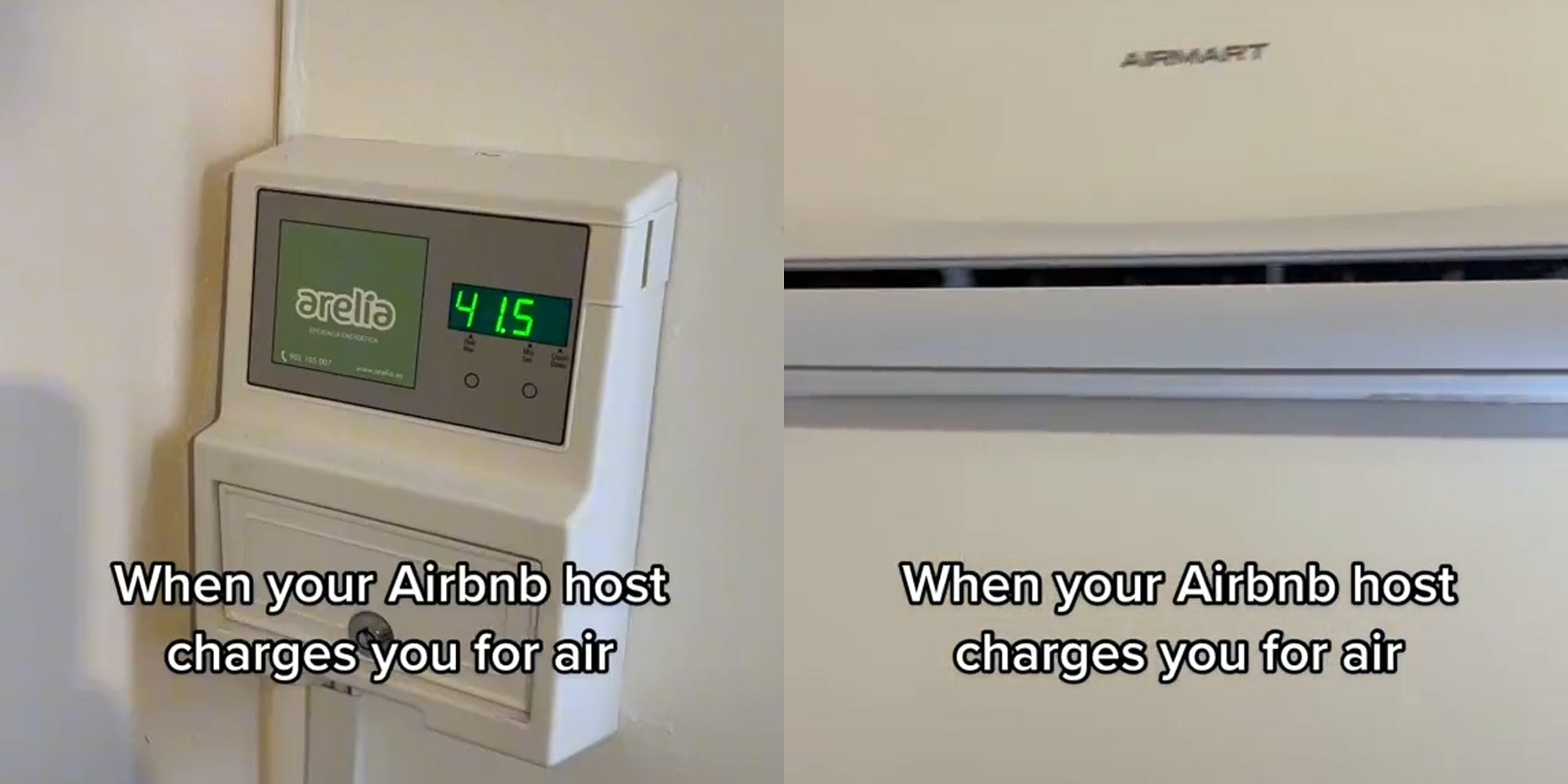 A TikToker went viral for showcasing their Airbnb’s air conditioner thermostat locked behind what seems to be a coin-operated lockbox.

“When your Airbnb host charges you for air,” the overlay text reads as the user films the lockbox. User @papiriice posted the video two days ago, and it has since garnered 145,000 views.

While the location of the property is not confirmed, the brand of the lockbox is made by a company in Madrid, Spain. The lockbox’s item listing on the brand’s website described it as a consumption limiter “for saving and controlling the cost of electricity in hotels, hostels, rural houses, and all types of accommodation. They work by time, by coins or tokens.”

The TikToker’s previous videos confirm he spent a month-long trip in the European country, suggesting the Airbnb was indeed located in Spain.

Commenters criticized the home-sharing company for allowing the host to use such a tool.

“If a host is seriously going to be that stingy, they shouldn’t be renting their house out,” one commented.

“If it is listed as an amenity on the listing they shouldn’t be able to charge extra for it,’ another wrote.

However, it’s possible the seemingly harsh tactic is a result of something bigger. According to an article published by the Times in September 2021,

Advertisement
Spain’s government faces “a growing crisis after months of rising electricity bills that have led to popular discontent at some of the highest rates in Europe.” The article goes on to say the cost of electricity in Spain has reached “historic peaks.” “Customers are paying an average of €140 per megawatt-hour,” three times high than it had been the previous year.
Advertisement
Advertisement

Reports show the Spanish government passed emergency measures to reduce the “sky-high” energy bills by “redirecting billions of euros in extraordinary profits from energy companies to consumers and capping increases in gas prices.”

It is unclear whether the host’s decision was brought about by Spain’s electricity crisis. Still, the unusual tactic was met with disdain by many commenters.

The Daily Dot has reached out to @papiriice via TikTok comment and Airbnb via email.

Must-reads on the Daily Dot

Gisselle Hernandez is a freelance journalist based in Belize, where she writes travel and internet culture pieces. She enjoys watching anime, playing video games, and covering all things TikTok.