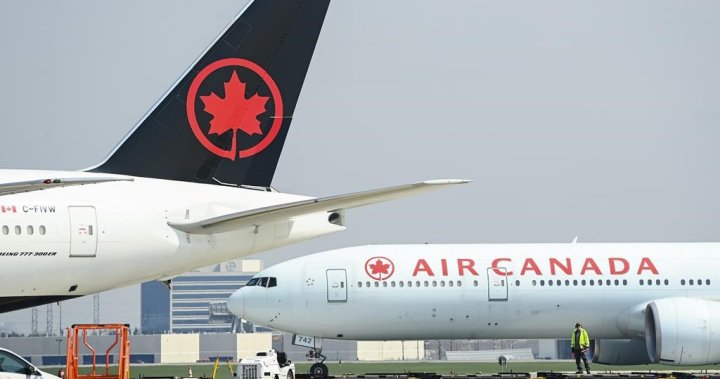 Air Canada will make “meaningful reductions” to its flight schedule in July and August to handle ongoing flight delays and airport congestions, according to a statement released on Wednesday.

In the statement emailed to customers, Air Canada president and CEO Michael Rousseau said the airline’s operations and its ability to serve customers with its normal standards of care have been affected.

“The COVID-19 pandemic brought the world air transport system to a halt in early 2020,” said Rousseau. “Now, after more than two years, global travel is resurgent, and people are returning to flying at a rate never seen in our industry.”

He said the increase in travel “has created unprecedented and unforeseen strains on all aspects of the global aviation system,” in which the airport demand exceeds the system’s capacity.

Over the past months, airports worldwide have been experiencing a travel surge as COVID-19 restrictions for travellers loosen up in many countries.

Despite cancelled flights, passengers have also been experiencing long waits at the border and baggage delays.

In addition, understaffing at airports and within airlines has strained the travel industry.

Rousseau said although Air Canada has tried its best, including offering flexible ticket policies, quick hiring and investments in aircraft and equipment, the airline’s operation is not able to meet its customers’ demands.

He added that Air Canada believes the decision to reduce flights could lower the passenger volume to a level that the air transport system can accommodate.

“We are convinced these changes will bring about the improvements we have targeted,” said Rousseau.

“But to set expectations, it should also be understood the real benefits of this action will take time and be felt only gradually as the industry regains the reliability and robustness it had attained prior to the pandemic.”

— with files from The Canadian Press