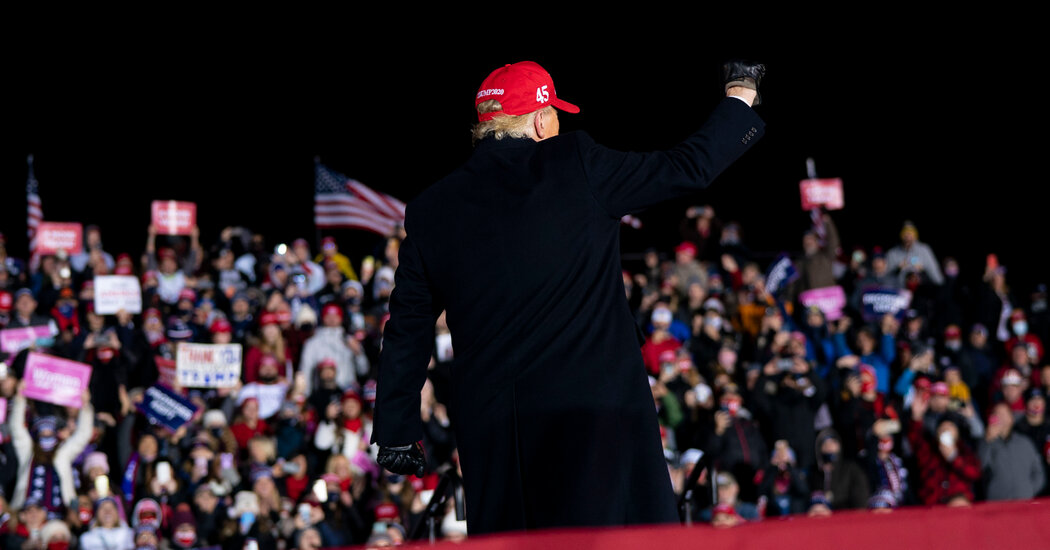 Twitter stepped up its actions against misleading tweets ahead of Election Day. So how are the moves working out?

A tweet by President Trump late on Monday provides a case study. In his tweet, Mr. Trump claimed without evidence that the Supreme Court’s recent decision to allow Pennsylvania absentee ballots to be received up to three days after Nov. 3 would “allow rampant and unchecked cheating” and “induce violence in the streets.” Thirty-six minutes after the tweet was posted, Tw itter

Advertisement
labeled it as containing disputed or misleading content about the election.
Advertisement

It was the second time Twitter had used that label on one of Mr. Trump’s tweets since updating its policies to clamp down on election misinformation on Oct. 9. It had also used the label on Oct. 26 when Mr. Trump tweeted without evidence that there were “big problems and discrepancies” with mail-in ballots.

Twitter’s act of labeling Mr. Trump’s tweet on Monday also meant that people could not easily share the post, unless they posted their own message with his tweet quoted underneath. That quickly slowed the tweet’s overall spread, according to an analysis by the Election Integrity Partnership, a coalition of misinformation researchers.

Even so, Mr. Trump’s post had already been retweeted more than 55,000 times and liked more than 126,000 times, according to the E.I.P., which said “much of the damage was likely already done.”

Lisa Kaplan, the founder of Alethea Group, a company that helps public officials and private clients fight misinformation, said the data suggested that Twitter’s tools for fighting misinformation could be effective, especially if applied faster.

“Those decisions need to be made a lot more quickly; they should be split-second decisions,” she said.

Still, she cautioned that the tweet could have been shared beyond Twitter’s service if it was posted to other social media platforms.

Facebook also added a label to Mr. Trump’s identical post on the social network on Monday. Facebook’s label said that voter fraud was rare, but Mr. Trump’s post was still shareable and had more than 78,000 likes, 5,000 shares and 18,000 comments as of Tuesday morning. A Facebook spokesman said the label was part of the company’s efforts to counter election-related misinformation.