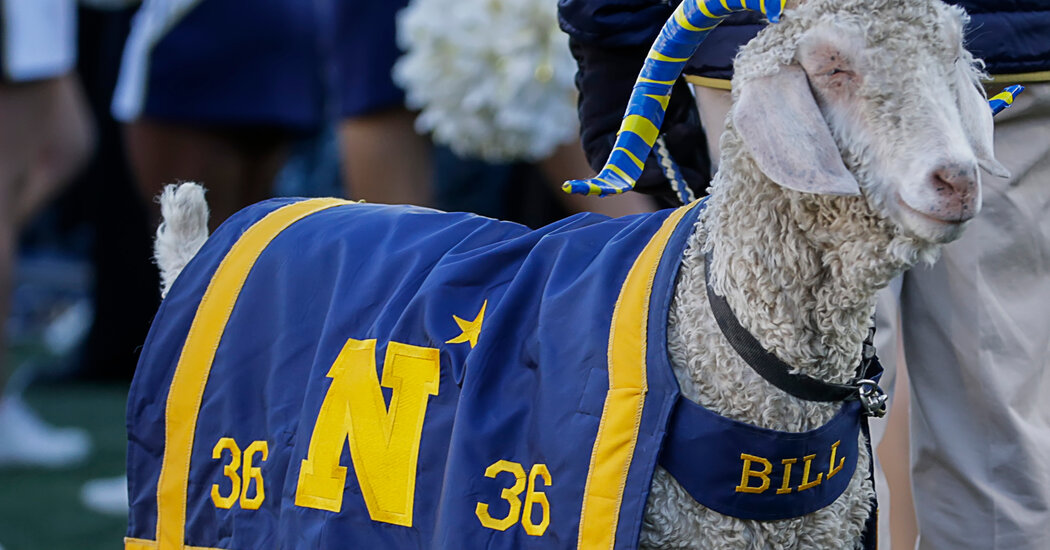 According to two cadets who said they helped execute the latest goatnapping, it was an attempt to make up for a bungled raid the week before, when a clumsy group of cadets trying for one of the current mascots mistakenly grabbed an arthritic retired Bill with only one horn.

The two cadets refused to give their names, saying they would be punished if their names became public, but they provided photo and video evidence of the second heist.

Planning began months ago, they said, when a team of Army cadets wearing Navy T-shirts tailed the Navy goat trailer from a football game to the undisclosed location of the goat pen, switching cars regularly to avoid detection.

The cadets said they choreographed their strike to occur on the Sunday after Thanksgiving — a date close to the annual Army-Navy football game, so that it would help whip the respective student bodies into a frenzy, but at the end of a holiday weekend, when the Navy might have its guard down.

Around midnight, two teams closed in on the objective, according to the cadets. Through surveillance they had learned of the goats’ favorite snacks. With stealth, guile, and the liberal disbursement of whole peanuts and peppermint candies, they silently led the goats out through the fence to a rally point, where a van waited.

In the many whiteboard planning sessions leading up to the mission, the safety of the goats was always priority no. 1, the cadets said. To that end, the goats were monitored constantly, and the team mapped out the locations of several large-animal veterinarians along their route north to West Point, just in case.

Before dawn, the cadets said, the strike team slipped into West Point through an unguarded gate, tethered the goats at the center of campus, and used a burner phone to tell West Point authorities that the mission was done.