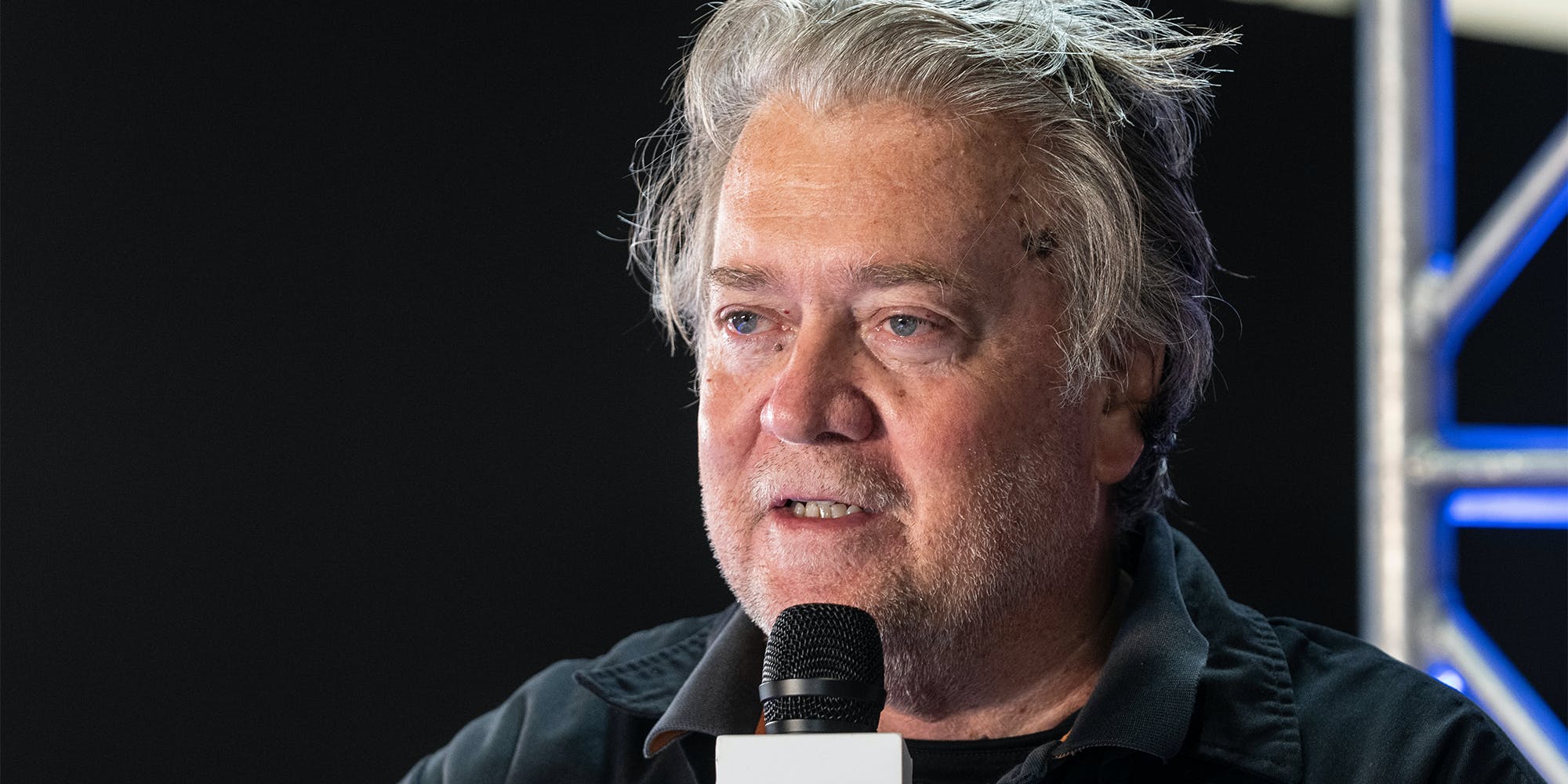 The ad tech watchdog group “Check My Ads” announced this week that it had successfully petitioned at least eight major companies to remove their ads from appearing alongside the podcast “Steve Bannon’s War Room.”

Check My Ads co-founder Nandini Jammi told the Daily Dot that the ads had been present during Bannon’s show on the Roku streaming service.

“In the last 2 weeks, I notified Volvo, Planet Fitness, Disney Plus, Verizon, Hilton, Etsy, Audi, and Royal Bank of Canada that their ads were running on Steve Bannon’s War Room,” she said. “As of today, they’re ALL gone.”

Several of the brands have publicly acknowledged the removal, such as automobile manufacturer Audi and e-commerce company Etsy.

“We discovered these ads were running as part of a third party ad network, so we took immediate action to ensure Etsy ads will no longer appear on this show or similar programs that do not align with our values,” an Etsy spokesperson tweeted.

In a statement to the Daily Dot, the Royal Bank of Canada also confirmed that its ads would no longer appear on Roku during Bannon’s podcast.

“When we became aware of this placement, RBC immediately pulled the ads and we will no longer be advertising on this network which does not reflect our values,” a spokesperson said.

The five other companies listed by Jammi did not respond to requests for confirmation from the Daily Dot. Roku did not reply to inquiries by press time either.

Bannon is just the latest figure to be targeted by Check My Ads. The group previously launched similar campaigns against conservative commentators Glenn Beck and Dan Bongino.

Earlier this year Check My Ads also set its sights on Fox News, arguing that it “encouraged and supported” the Capitol riot, according to NPR.

Fox News responded by calling the watchdog’s efforts nothing more than an attempt to “silence free speech.”