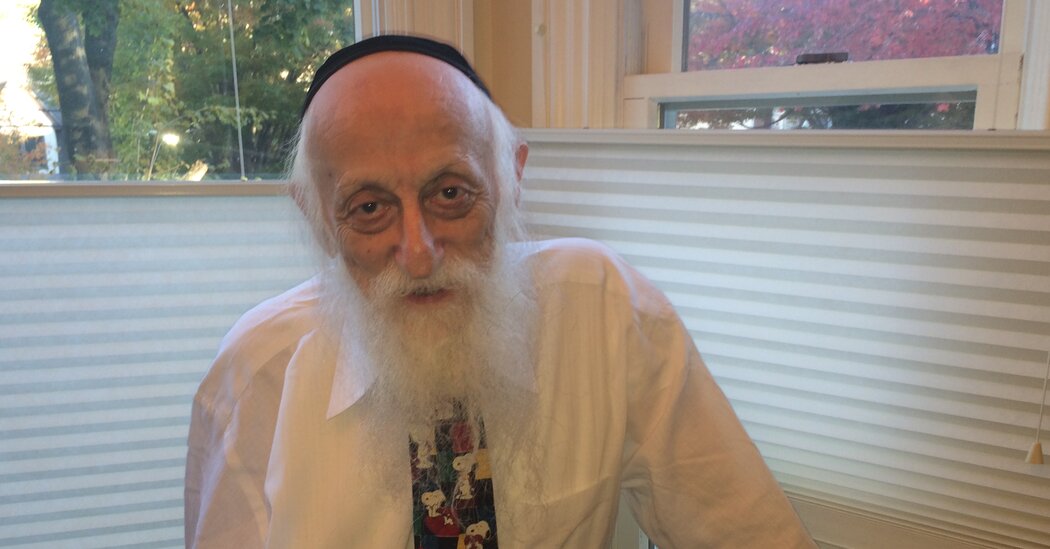 What distinguished Rabbi Twerski from many other Orthodox therapists was his willingness to look outside his community. In one of his works, “The Shame Borne in Silence: Spouse Abuse in the Jewish Community” (1996), he called attention to a problem that many Hasidic leaders argued should be handled discreetly within the insular community, without informing the police or outside authorities.

Abraham Joshua Heschel Twerski was born on Oct. 6, 1930, in Milwaukee, where his parents had immigrated in 1927 after leaving Russia. His father, Jacob, the sixth-generation descendant of the grand rabbi of Chernobyl, was the rabbi of Beth Jehudah Synagogue in Milwaukee. His mother, Devorah Leah (Halberstam) Twerski, was the daughter of a grand rabbi of Bobov, one of the largest Hasidic sects.

Abraham was the third of five brothers, each of whom became a rabbi but was given an advanced secular education as well, earning college and graduate degrees, something very few Hasidim strive for. He attended public schools in Milwaukee, and in second grade acted in a Christmas play. When his mother visited the school, the principal thought she was there to complain; instead, she told the principal that if her son’s Jewish upbringing was not strong enough to weather a second-grade play, it was his family that had failed him.

He received his rabbinical ordination in 1951 through the Hebrew Theological College in Chicago (now in Skokie, Ill.). While working with his father’s synagogue as an assistant rabbi, he relished counseling others but realized that the members of the congregation would always turn to his father for advice about their most intimate personal problems. He decided, he explained in a 1988 interview with the National Council of Jewish Women, that by studying psychiatry he might enhance his own talent.

“So I went to medical school to become a psychiatrist to do what I wanted to do as a rabbi,” he said.

He received his medical degree at Marquette University in Milwaukee, a Jesuit institution. When the actor Danny Thomas, a practicing Catholic who had been raised in the Midwest, learned during a lunch with Marquette officials that a student who was an Orthodox rabbi needed up to $4,000 to complete his medical studies, he told the officials, “He’s got it,” and made good on his pledge.

Rabbi Twerski trained as a psychiatrist at the University of Pittsburgh. He was supposed to take up a teaching position at the university, but after Sister Adele at St. Francis Hospital let him know of the hospital’s needs for a stronger mental health program, he became its director of psychiatry. He stayed there for 20 years.