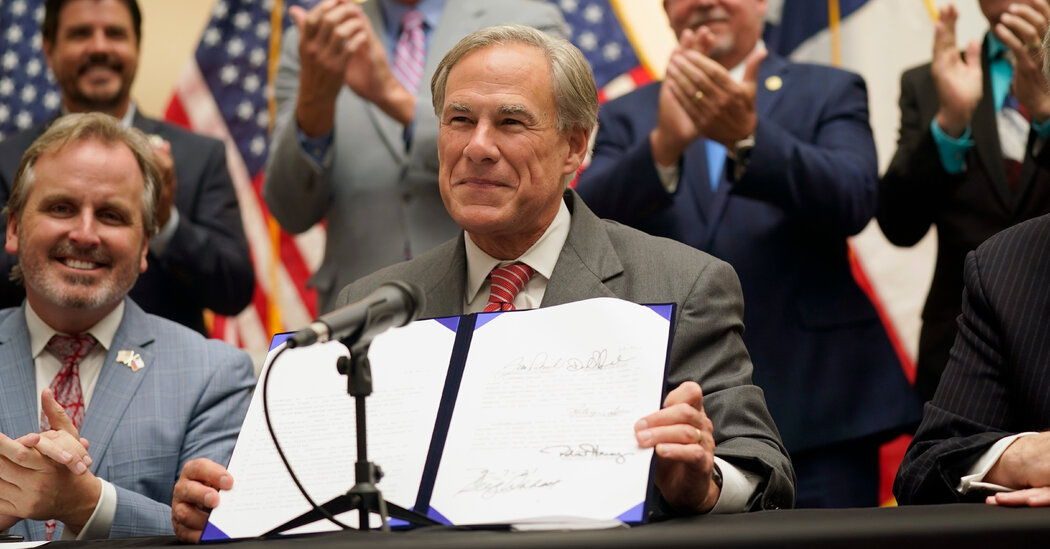 Though it is too early to project how successful these lawsuits might be, past legal actions in Texas that challenged voting laws have had an impact in slowing, halting or watering down some of the more restrictive provisions. When Texas first passed a voter identification law, in 2011, immediate lawsuits tangled it up in court for the better part of the decade and struck the measure down multiple times.

Eventually, the Legislature loosened the restrictions in that law, allowing voters without the required photo ID to sign affidavits attesting to why they lacked one of the seven newly required forms of identification (they also had to provide a different form of identification, like a utility bill). While that version was also initially rejected in federal court, an appeals panel later upheld the law.

Mr. Abbott said he was not worried about the legal challenges to the new law.

“I feel extremely confident that when this law makes it through the litigation phase, it will be upheld in a court of law,” he said.

The bill’s signing came as Mr. Abbott, facing a re-election race next year, seeks to fend off a primary challenge from the right. Allen West, the former chairman of the state Republican Party and a staunch conservative, announced in July that he would run for the governor’s office.

That month, Mr. Abbott called a special session of the State Legislature with a host of conservative cultural priorities on the agenda, including the voting bill and a newly passed law effectively banning abortion in the state.

While his challengers, including Mr. West, have failed to break through in recent polling, the governor’s busy special session and his trip to deeply conservative Tyler, Texas, suggest that he is still operating as if a threat looms in next year’s primary election.