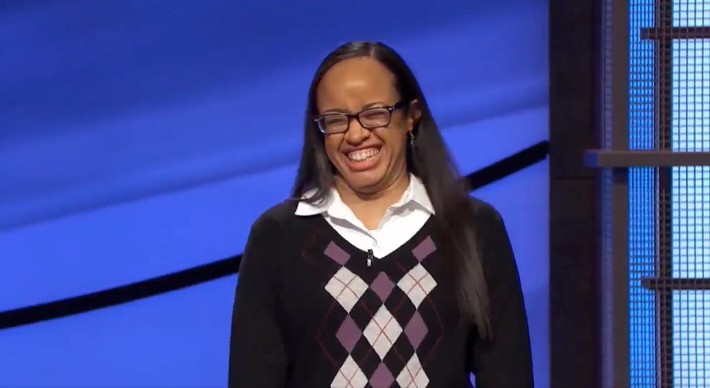 Unless you count Dr. Oz making hundreds of former Jeopardy! contestants furious for tarnishing the show’s celebration of science and facts, Aaron Rodgers has officially had the most eventful guest hosting stint on the legendary game show. The Green Bay Packers quarterback has proven fit for the podium during his 10-game stretch on the show, bantering with contestants about Packers playoff losses and just generally looking like he belongs hosting a game show.

Rodgers has put in the work, studying the game’s flow like he does opposing defenses and earning praise from the show’s staff, including someone who did the guest hosting gig himself. But on Thursday, Rodgers continued one of the finest traditions in Jeopardy! history: roasting a contestant for their biographical information after the first commercial break.

It’s a gentle moment, but something that the late Alex Trebek did so often during his tenure hosting the show. Whether it was calling a contestant really into nerdcore a “loser” or being extremely disappointing no one could get a question about football right, Trebek gently ribbed many contestants over the years. And Rodgers did the same on Thursday after a contestant named Lindsay shared a story about how people always seem to call her a different name.

Lindsay explains that people who misidentify her tend to say Ashley instead. She says that, for one reason or another, people seem to think she looks like an Ashley. And so right before he moves on to the next contestant, Rodgers says “alright Ashley, uh,” earning a big laugh from her and others on set.

The comedic timing is perfect here, as Rodgers waited for her to have her moment and then almost certainly became the most famous person to call her Ashley. And it’s yet another sign of just how comfortable Rodgers became during his time guest hosting. It’s a whirlwind experience, with just three days committed to the job, the latter two of those days filming five episodes each day. This would be the penultimate episode recorded on his second day, but it’s clear that Rodgers quickly found his groove as a guest host. And it’s a showing that’s making many wonder if he really could pull double duty and take on the role full-time, if they’d let him.