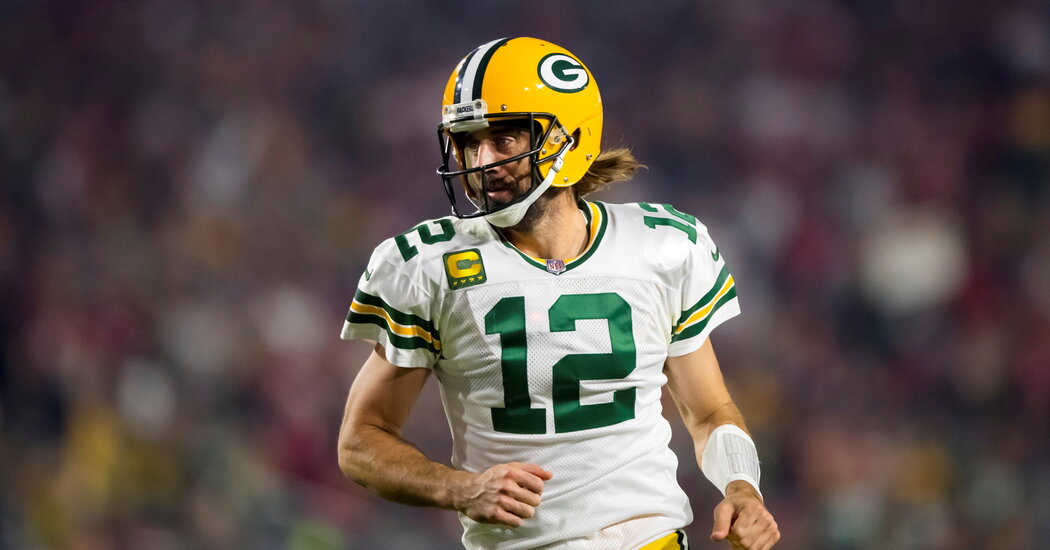 The Green Bay Packers star quarterback Aaron Rodgers, who was required to spend the last 10 days in isolation after testing positive for the coronavirus on Nov. 3, is scheduled to start Sunday against the visiting Seattle Seahawks at Lambeau Field at 4:25 p.m. Eastern time.

As with other unvaccinated N.F.L. players who test positive, Rodgers faced a compulsory 10-day isolation period then needed to be cleared by a team doctor, in consultation with an independent expert, before returning.

In August, Rodgers had initially evaded directly answering a reporter’s question asking if he was vaccinated against Covid-19, saying only that he was “immunized.”

But in a Nov. 5 interview, his first public comments after his positive test, Rodgers espoused baseless claims about Covid-19 vaccines and treatments and circulated misinformation about science. He told the Pat McAfee Show that his decision not to get vaccinated put him in the “cross hairs of the woke mob” and in a “cancel culture casket.” Rodgers, though, later acknowledged he had misled the public about his status.

On Tuesday, the N.F.L. fined Rodgers and a teammate, Allen Lazard, $14,650 for violating Covid-19 protocols the league established in tandem with the N.F.L. Player Association. A video review determined that Rodgers did not regularly wear masks, as mandated, inside the Packers’ facility or during his news conferences.

Rodgers and Lazard also breached protocols by attending a Halloween party unmasked. The league fined the Packers $300,000 for not monitoring their behavior.