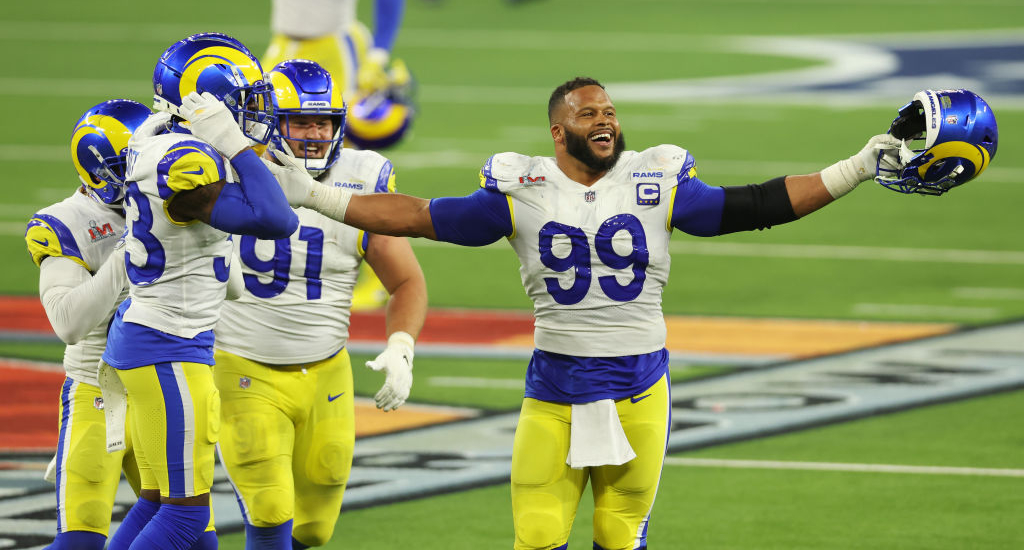 For the second time in the franchise’s history, the Los Angeles Rams have won the Super Bowl. Despite facing a fourth quarter deficit and having several of their most dangerous players sitting on the sideline due to injuries, the Rams were able to take down the Cincinnati Bengals, 23-20, on the home field.

Los Angeles got the ball back with 6:13 left in the game and trailing by four. From there, they managed to dink and dunk their way down the field, getting into the red zone and finding themselves in a position to take the lead. While their goal-to-go situation featured a whole lot of flags and a drive that kept getting extended due to mistakes by the Bengals, there was only one way it could end: Matthew Stafford dropping back, throwing the ball to Cooper Kupp, and letting him go make a play.

The offense faced a second-and-goal from the Bengals 1, and instead of doing anything fancy, Kupp ran a fade, Stafford threw it right to his back shoulder, and the Rams took the lead with 1:25 left in the game.

IT'S BEEN COOPER KUPP ALL YEAR.

HE DOES IT AGAIN. #RamsHouse

All postseason long, Cincinnati’s offense found ways to make plays when it mattered the most to spark their run to the Super Bowl. It looked like they might have done that again when Joe Burrow hit Ja’Marr Chase on the first play of their drive, but following a completion for nine yards, an incompletion, and a run that got stuffed, the Bengals faced a fourth-and-1 right at midfield.

With the Lombardi Trophy on the line, perhaps the greatest defensive player we’ve ever seen came up big. Aaron Donald blew by Bengals guard Quinton Spain, raced into the backfield, and sacked Burrow.

It’s been reported that this might be the last time we see Donald before the soon-to-be 31-year-old retires. If this is the case, Donald will get to say that he’s going out a champion.