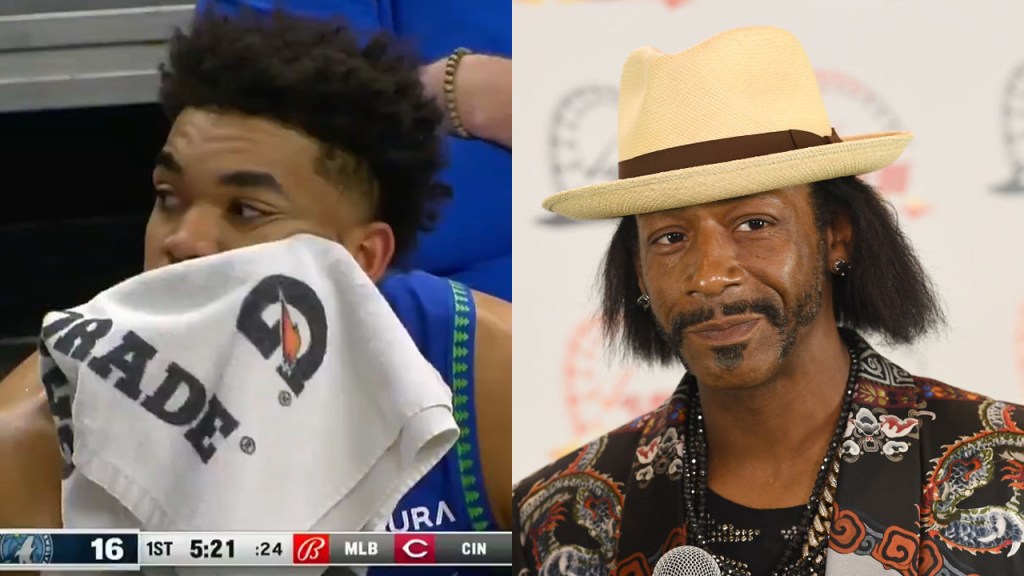 Karl-Anthony Towns is having arguably his best season as a pro, as he has maintained the tremendous production he’s long provided the Minnesota Timberwolves while also helping to elevate the team to a true playoff contender this season.

In the process, Towns has made a case to be the third center on the All-NBA team behind Joel Embiid and Nikola Jokic, and if he wasn’t a household name already, he is now. For many, he is simply known as KAT, and that nickname caused a bit of a trip up for referee Marc Davis on Thursday night. Towns kicked Spurs guard Josh Primo in the leg on a jump shot, earning an offensive foul and a review for a flagrant.

After looking at the video, Davis and the officials did in fact deem it a Flagrant 1, and when Davis went over to announce that on the broadcast, he forgot he can’t just call him KAT officially and ended up with a hysterical name mixup, calling Towns “KAT Williams.”

I do like that Davis just powers through it and quickly wraps up the review explanation and walks away, hoping no one noticed, but unfortunately for him, the internet sees it all and had some fun with it. That said, if Towns ever wants to go into standup comedy, he has a perfect alias courtesy of Davis.