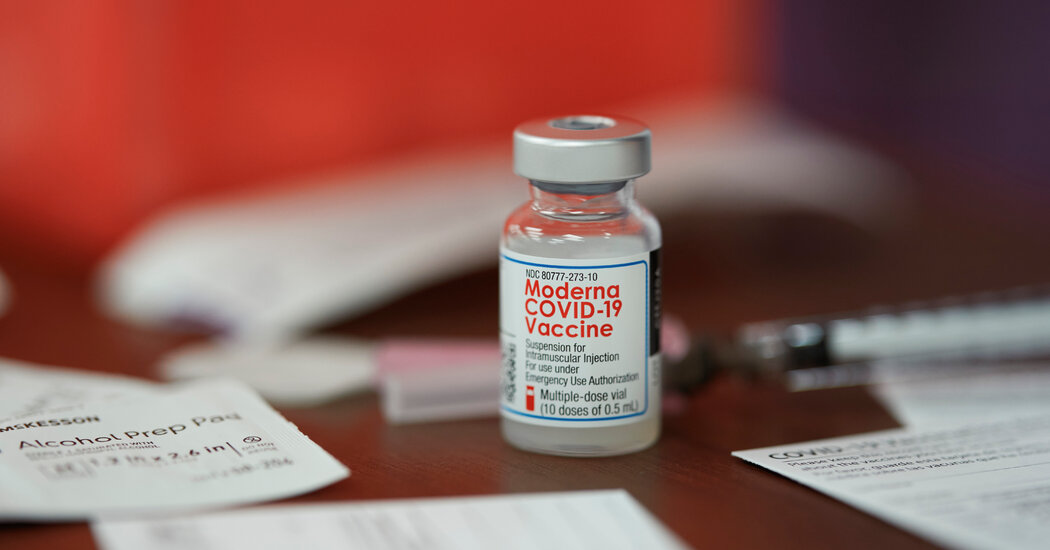 A pharmacist at a Wisconsin hospital has been arrested and accused of intentionally removing more than 500 doses of coronavirus vaccine from refrigeration last week, knowing that the vaccines would be rendered useless and that the people receiving them would think they were protected against the virus when they were not, the police department in Grafton, Wisconsin, said Thursday.

The hospital administered some of the doses before realizing that they had been spoiled, the hospital system said.

The pharmacist, a man whom the police did not name, was arrested on recommended charges of first degree recklessly endangering safety, adulterating a prescription drug and criminal damage to property, all felonies. He is being held in the Ozaukee County jail.

It was not clear what his motive may have been. The Grafton police department is investigating the incident along with the Federal Bureau of Investigation and the Food and Drug Administration, the department said.

The hospital system, Advocate Aurora Health, has given evolving accounts of what happened since it first discovered on Dec. 26 that the vaccines had been removed overnight from refrigeration.

First, it said the doses had been taken out accidentally. Then on Wednesday, it said that the pharmacist had admitted to intentionally removing the vials. On Thursday, in a video call with reporters, Jeff Bahr, the president of Aurora Health Care Medical Group, said that the pharmacist had admitted to removing the vials from refrigeration on two consecutive nights — Christmas Eve and Christmas Day — and that the hospital had administered 57 of the doses before realizing how long they had been at room temperature.

Dr. Bahr said that the hospital had consulted with Moderna, the pharmaceutical company that made the vaccines, and had been reassured that the spoiled vaccines would not harm the individuals who received them. But because the mRNA molecules in the vaccine quickly fall apart at room temperature, the doses “were rendered less effective or ineffective,” Dr. Bahr said.

He said that the 57 people who received the vaccine had been notified. He did not say what the hospital planned to do about further doses for those people, who are probably employees of the health system, though Dr. Bahr did not say so specifically.

The hospital did not believe the incident resulted from any laxness or gaps in its protocols around managing the vaccine doses, Dr. Bahr said.

“It’s become clear that this was a situation involving a bad actor, as opposed to a bad process,” he said.

Wisconsin experienced a devastating surge of coronavirus cases in the fall, and at times was the hardest-hit state in the nation relative to its population. Transmission has since slowed a bit, but the state is still reporting about 39 new cases a day for every 100,000 people. At least 5,195 Wisconsin residents have died.

As of Tuesday, the state had received 156,875 doses of vaccines and had administered 47,157 doses, according to the Wisconsin Department of Health Services.