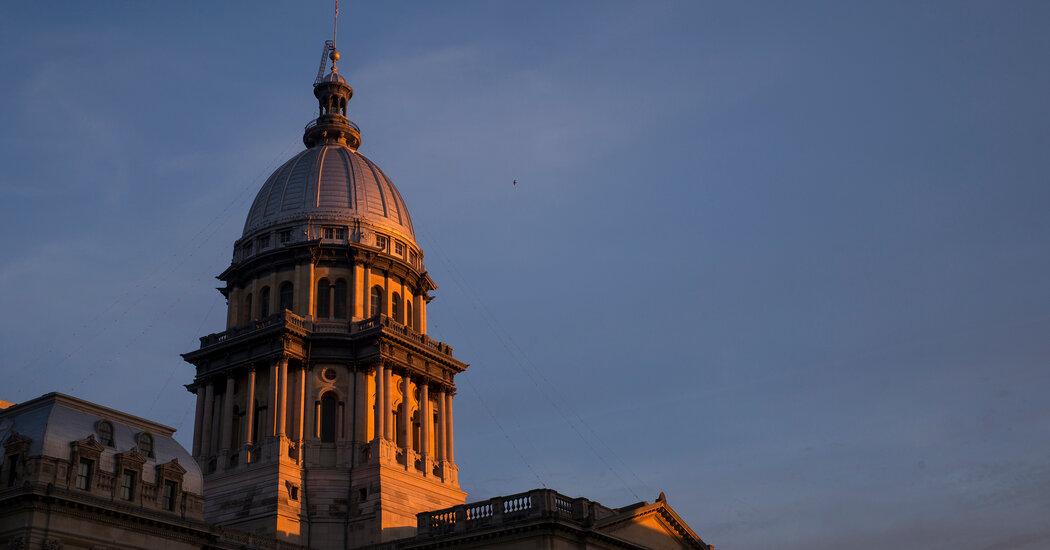 WASHINGTON — The delivery date for the 2020 census data used in redistricting, delayed first by the coronavirus pandemic and then by the Trump administration’s interference, now is so late that it threatens to scramble the 2022 elections, including races for Congress.

The Census Bureau has concluded that it cannot release the population figures needed for drawing new districts for state legislatures and the House of Representatives until late September, bureau officials and others said in recent interviews. That is several months beyond the usual April 1 deadline, and almost two months beyond the July 30 deadline that the agency announced last month. The bureau did not respond to a request for comment but is expected to announce the delay on Friday.

The holdup, which is already cause for consternation in some states, could influence the future of key districts. And with Democrats holding a slim 10-seat House majority, it even has the potential to change the balance of power in the House and some state legislatures, according to Michael Li, the senior counsel at the Brennan Center for Justice at New York University School of Law. States need the figures this year to redraw district lines for the 435 seats in the House of Representatives and for thousands of seats in state legislatures.

The delay means there will be less time for the public hearings and outside comment required in many states, and less time once maps are drawn to contest new district lines in court, as often happens after redistricting.

“The concern in some of those states is that the legislators will simply use a special session to secretly pass maps with zero public scrutiny, and then count on a tight timetable to eke out at least one election cycle” before a court could require new maps to be drawn, said Kathay Feng, the redistricting and representation director at Common Cause.

The challenges extend beyond just drawing up districts. State and local election officials need time after new political maps are approved to redraw voting precincts and overhaul voter rolls to ensure that everyone is directed to the proper place to vote. And prospective candidates generally cannot file for office until they know whether they live within the new boundaries of the districts they are seeking to represent.

“States are literally sitting on their hands, asking, ‘When will the data come?’” said Jeffrey M. Wice, an adjunct professor at New York Law School and a longtime expert on census and redistricting law.

The Census Bureau’s delay stems mostly from problems the pandemic caused in last year’s counts of certain places, including college dorms and housing for agricultural workers. College students, for example, should be counted in dormitories and apartments near their schools, but the pandemic sent most students home last spring just as the census was starting. Now experts must find and locate them properly — and also ensure they are not double-counted as living with their parents.

Such problems can be fixed, Census Bureau officials say, but doing so takes time. The location of millions of people is in play, and allotting or placing seats during reapportionment and redistricting can turn on the location of hundreds.

It remains unclear how serious the political repercussions of the delay will be, but early indications are that Democrats have more reason to worry.

By Mr. Li’s calculation in a report issued on Thursday, Republicans will most likely draw the maps for 181 House seats and Democrats for 49 seats, possibly rising to 74 if the New York Legislature (which is controlled by Democrats) chooses to override the state’s new independent redistricting commission.

The map for the rest of the seats in the House will be drawn either in states where power is split between the parties or in states with nonpartisan redistricting commissions, which have mostly proliferated in blue states like California and Virginia and purple states like Michigan.

That means Republicans, who have already shown an appetite for extreme gerrymandering in states like North Carolina and Wisconsin, could benefit disproportionately if too little time exists to contest maps drawn by legislatures for 2022 and the rest of the decade.

The biggest targets for increasing one party’s share of Congress are the fast-growing Southern states of Texas, Florida, Georgia and North Carolina, where Republicans oversee the drawing of maps through control of both houses of the legislature.

In Texas, Mr. Li expects Republicans to draw maps that would ensure Republican control of three new House seats that the state is expected to add because of population growth, and two existing seats now held by Democrats. The delay in receiving census data “could be used in some states to game the redistricting process, by leaving less time for legal challenge,” Mr. Li said.

“It used to be, for example, that Texas finished redistricting in June, which gave affected parties six months to litigate,” he said. “Now a map might not be approved until November, which gives you less time to gather evidence and expert testimony.”

Suits that challenge redistricting often involve complicated fact-finding about whether a state has engaged in racial gerrymandering (either packing Black and Latino voters into a small number of districts to limit the scope of their political power, or spreading them thinly so they cannot easily elect a candidate).

Democrats could try to squeeze out a few more seats in states they control through gerrymandering. But outside of New York, where the Democratic-controlled Legislature has the power to reject maps drawn by an independent commission, the party has slimmer pickings, Mr. Li said.

Some Democrats are more sanguine. Population shifts in fast-growing states like Texas are concentrated in Democratic-leaning cities and suburbs, making it harder to draw districts that dilute the party’s power, said Patrick Rodenbush, a spokesman for the party’s National Democratic Redistricting Committee.

In North Carolina and Pennsylvania — which both have elected Democratic governors — state supreme courts have ruled that the Republican gerrymanders of the last redistricting cycle violate state constitutions, raising a barrier to future distorted maps.

And in other big states that Republicans controlled and gerrymandered a decade ago — Wisconsin, Michigan and Ohio among them — either Democratic governors or nonpartisan redistricting commissions place limits on overly skewed legislative maps.

For other reasons, the delay in census totals has the potential to upend map drawing in Illinois and Ohio.

Democrats control 13 of the 18 House seats in Illinois, in part because of gerrymandering. (The state’s total number could drop to 17 after the House is reapportioned this year.) But if final maps cannot be approved by Sept. 1, the Illinois Constitution shifts mapmaking power from the Democratic-controlled Legislature to a panel of four Democrats, four Republicans and one person randomly chosen from the two parties. Giving Republicans a say in map drawing would probably increase the share of seats they are likely to win.

The same could be true in the State Senate, where Democrats now control 70 percent of the chamber’s seats, and in the State House, where they hold 60 percent of them. The Legislature is aware of the Constitution’s redistricting provision, and Democrats could try to address the issue, although how is unclear.

“Illinois is an example of where the Legislature is talking about using old data to produce maps that are largely the same as they currently have — and letting people sue,” Ms. Feng, of Common Cause, said.

The reverse applies in Ohio, where a 2018 referendum amended the State Constitution to hand congressional and state legislative map duties to a bipartisan commission. The same amendment returns redistricting duties to the Republican-dominated Legislature if the commission fails to approve political maps by Oct. 31, barely a month after the Census Bureau’s current estimate for finishing population calculations.

Some experts said legal challenges to redistricting based on the Census Bureau’s delay seemed likely, from voters or candidates who would want to extend the period for drawing maps.

“If the necessary data aren’t available at the time the law says the state redistricting must be done, then a court could relax the deadline,” said Nathaniel Persily, a Stanford law professor and co-director of the Stanford-M.I.T. Healthy Elections Project. In some states, courts granted similar pandemic-related extensions for deadlines related to balloting procedures in the November election, like voting by mail.

The rationale is that “given extraordinary circumstances, we’re doing something different this time,” Mr. Persily said.

The delay in receiving the census data could also cause the completion of map drawing to bump up against candidates’ filing deadlines in states like Virginia and New Jersey, which will hold elections for the State Legislature in November, as well as states with early 2022 filing deadlines for later primary elections.

“Whenever this crazy process ends, election administrators have to deal with all these lines,” said Kimball W. Brace, a Washington-based redistricting consultant who usually works with Democratic politicians. “Precincts, voter registration systems — all of that is now in a shorter timetable.”

Come Election Day, he said, “Either you’re ready, or you’re not.”