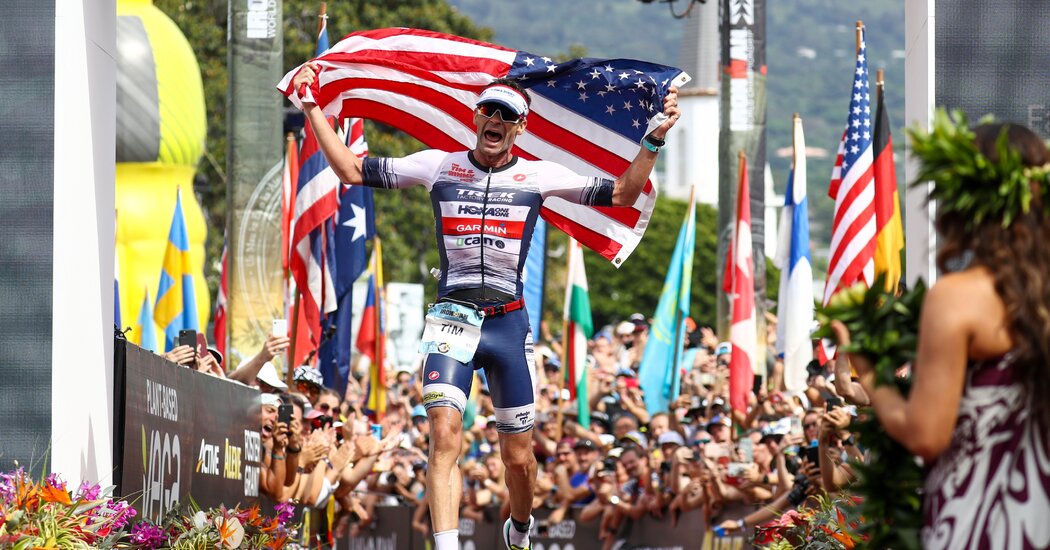 Yet, professional triathletes have long been poorly compensated afterthoughts in a sport that has always prioritized the everyday amateur participants who squeeze in training before and after work and pay nearly $1,000 to enter a race.

That may be on the verge of changing, beginning this weekend in Daytona Beach, Fla., where many of the sport’s top professionals will launch a championship circuit they hope will become as lucrative as the golf and tennis championships are for their pros. In the process, they are trying to unseat Ironman, the company that has dominated triathlon for decades, as the premier competition for elite triathletes.

“It’s actually harder to make a living as a professional triathlete now than it was when I started in 2008,” said Tim O’Donnell, 40, who has won more than 20 major triathlon events. “Most athletes are just trying to pay their bills.”

The new series of events, backed by the Professional Triathletes Organization, a fledgling alliance among 350 top triathletes and numerous deep-pocketed investors, is the latest attempt by top athletes to become highly compensated partners with control of their careers and the sports they play rather than undervalued independent contractors.

Although the history of sports is filled with leagues and tours that theoretically looked perfect but foundered after failing to gain an audience, when successful the change can be dramatic. In the 1960s, Wimbledon semifinalists received two pairs of shorts from Lillywhites, the sports emporium in London. Then, Grand Slams started allowing professionals and, beginning in the 1970s, tennis players took control of their tours. Last year, a Wimbledon semifinalist earned $750,000 and the singles champions earned nearly $3 million each.

By comparison, in 2019, the total prize money at the Ironman World Championship in Kona, Hawaii, the Super Bowl of triathlon, was $650,000. The winners won $120,000. Earlier this year, Advance Publications, the media company, bought Ironman for $730 million.

Adamo, the world’s top triathletes, and investors like Michael Moritz, the billionaire venture capitalist have planned a race series with four major individual competitions and an annual team event, similar to the championship schedules in tennis and golf.

Instead of the 140.6-mile Ironman distance, or the 70.3 mile half-Ironman, the new competitions will be 100 kilometers, about 62 miles, and include a 1.2 mile swim, a 48-mile bike ride and a half-marathon (13.1 miles). This weekend’s race will take place within the Daytona International Speedway, with competitors swimming in the large lake in the infield.

The shorter distance ensures competitions can finish within a more television friendly window of about three-and-half-hours. It will also allow elite athletes to do more high-profile competitions than they otherwise might in a year. O’Donnell predicted top triathletes would participate in the new group’s five events, plus one regular Ironman event to qualify for Kona and, if they make it, the world championship.

Rachel Joyce, a retired champion and the co-president of the triathletes organization, said she and other top triathletes regularly picked races in which they knew a weak field would give them the best chance at the winner’s paycheck and the sponsor bonuses for placing first.

“It makes it kind of boring when your closest competitor is 20 minutes behind you,” Joyce said in an interview last month.

That is only part of the down side of professional triathlon, a sport that began as a lark in the 1970s in California and Hawaii. The dirty secret about elite triathletes, with their chiseled physiques, $8,000 bikes and training schedules that allow for unlimited chocolate cream pie, is that for most of the pros, the pay is relatively lousy.

Kevin Durant of the Nets will approach $40 million this season, not counting the millions more he earns through sponsorships. In 2019, Jan Frodeno of Germany, the reigning Ironman world champion and something of a deity to triathletes, got paid like a decent accountant for his victories, taking home $158,000 in prize money. Katie Zaferes of the United States, who led the prize money list for both men and women in 2019, earned $347,500. Just $80,000 in winnings was good enough for a spot in the top 10 on the money list. For the best of the best, endorsement deals can boost income — to the range of a bad middle relief pitcher — but since triathlon is barely on television, those lucrative endorsement deals are increasingly hard to come by for all but the superstars.

“The best triathletes are doing pretty well, but the ones in the middle and the bottom are hurting,” said Rocky Harris, chief executive of U.S.A. Triathlon, the sport’s national governing body.

Alissa Doehla, was a professional marathoner until 2016, when she decided to pursue the triathlon. She estimates the switch required about a $20,000 investment in equipment. She had five top 10 finishes in half-Ironman events in 2017. Then she got hit by a truck while training in 2018. She has returned to competitions and said while it’s possible she broke even that first year she certainly has not since then.

“It’s so expensive up front,” Doehla, 34, said from her home in Indiana last month, where she was training for this weekend’s race in Daytona Beach. “My husband has a good job. For people who are not lucky enough to have a spouse to support them in the lean years it is a tough sport.”

The new series will only work if fans actually watch. That would drive up media rights fees and spur potential sponsors to try to reach a very desirable audience.

U.S.A. Triathlon has found the average income for all triathletes is more than $125,000. The sport’s boosters like to portray triathlon as the 21st century version of golf — a favored activity among white collar executives who obsess about data from their Garmin watches with an intensity their predecessors gave to golf handicaps. But participatory endurance sports have always been about maximizing entry fees rather than creating the stars who compete for million dollar purses and make compelling televised sports drama.

The new endeavor plans to allow weekend warriors to participate in its competitions but their entry fees will not be enough to sustain the organization and the prize money it wants to offer.

Chris Kermode, who ran tennis’s ATP Tour and is now the vice chairman of the Professional Triathletes Organization, said if slick televised championships in

snooker and darts could create celebrity champions, triathletes, who are usually more attractive physical specimens than dart throwers or billiards players, should be able to find their way.

“The principles of all sports are fundamentally the same,” Kermode said. “It is about making people care about one person winning over someone else. Everybody has a story and if you tell that story you can get people to care.”