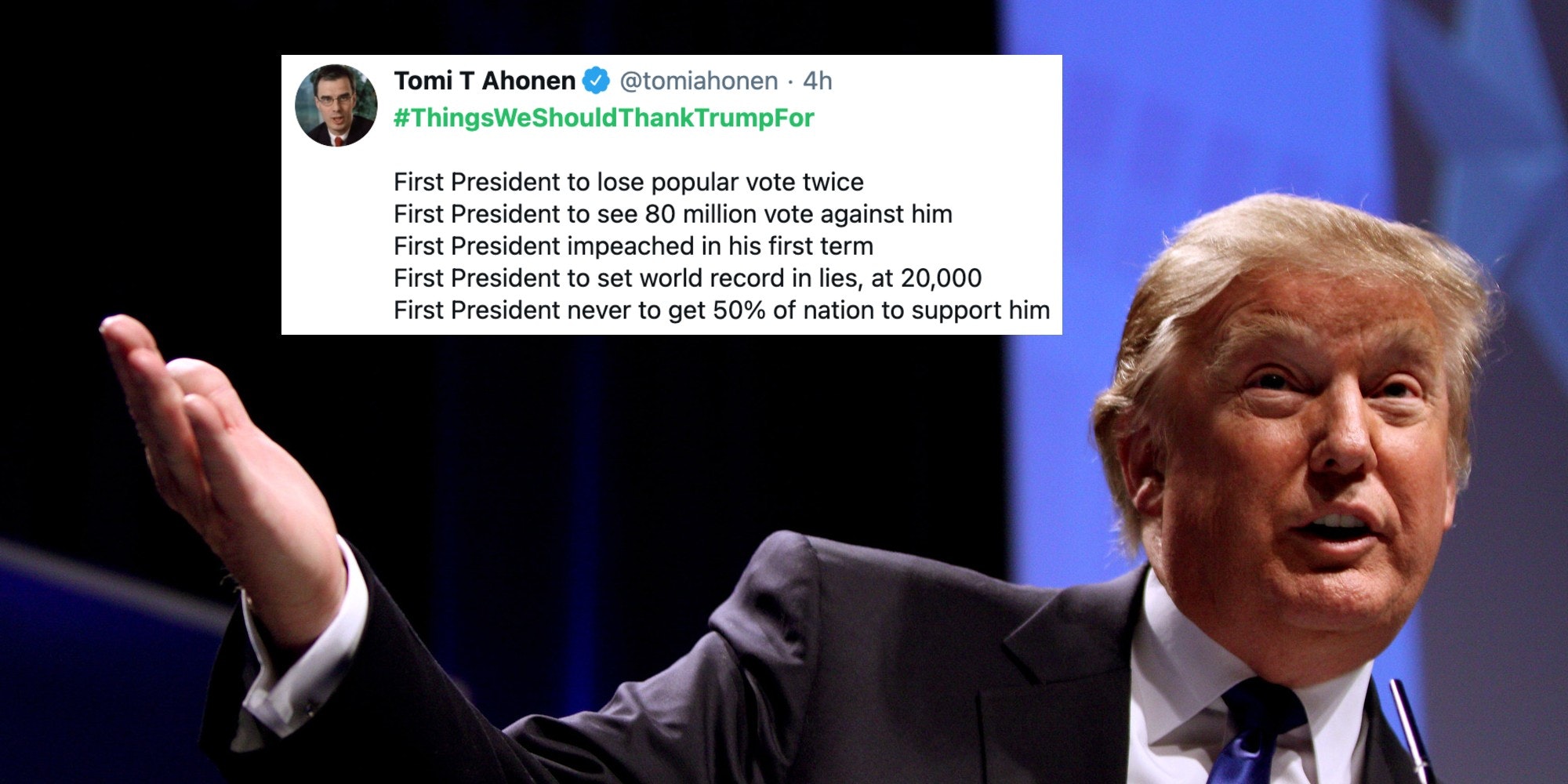 Twitter users flooded the hashtag #ThingsWeShouldThankTrumpFor with jokes and condemnation of the president.

Users “thanked” Trump for everything from convincing them to vote for President-elect Joe Biden to providing comedic material over the past four years.

Others argued that Trump should be thanked for giving Americans “a new appreciation for posture,” pointing to the president’s often-ridiculed way of standing.

But the “thanks” ran the gamut.

Some accused Trump of officially destroying the Republican Party, while others poked fun at the president’s sons.

Numerous users even applauded the president for starting a national dialogue on issues such as “Narcissistic Personality Disorder.”

While many of the tweets were jovial in nature, one users opted to simply thank the president for nothing.

“It took me a while, but I made a list,” @LoriHollins joked.

And of course, who could forget the memes?

The hashtag comes amid the president’s flailing efforts to overturn the 2020 election based on debunked claims of widespread voter fraud.