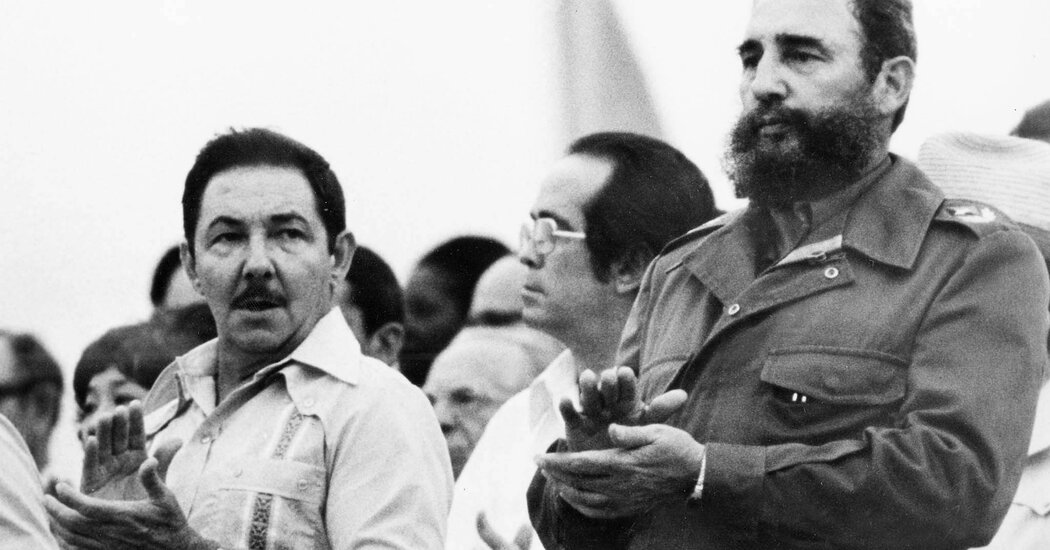 Over the past few years, as the Trump administration imposed stringent sanctions on Cuba and the tourism industry was decimated by the pandemic, Cubans have seen their country’s economy plummet once again, with many waiting for hours in bread lines. The country’s lauded health care system is frayed. And the number of Cubans trying to leave the island is going up, though it is still far from the exoduses of the 1980s and 1990s.

“The Communist Party lives off the achievements of a long time ago, from when they began,” said Claudia Genlui, an activist with the San Isidro political movement, a collective of artists who have protested against the Communist Party in recent months. Although the group is small, it has surprised the nation with its continued defiance.

Mr. Castro, to some extent, would agree.

Although Fidel held fast to his rallying cry of “socialism or death” until he died in 2016, the younger Mr. Castro grew to realize that reform was necessary to quell growing discontent and began opening up the country’s economy.

After Fidel formally resigned from the presidency in 2008, Raúl Castro prioritized recruiting younger Cubans into the Communist Party and putting younger members into top government positions. On Monday, the party held elections for its 17-member Politburo, selecting younger members to the body to replace the last of what Cubans call the “historics,” veterans of the armed revolution.

That has sat well with some Cubans.

“I think we’ve got to move on to a new generation, younger people with new ideas,” said Osvaldo Reyes, 55, a taxi driver in Havana, while voicing his support for Mr. Castro and the Communist Party. “A revolution should keep transforming, keep doing the best for people.”