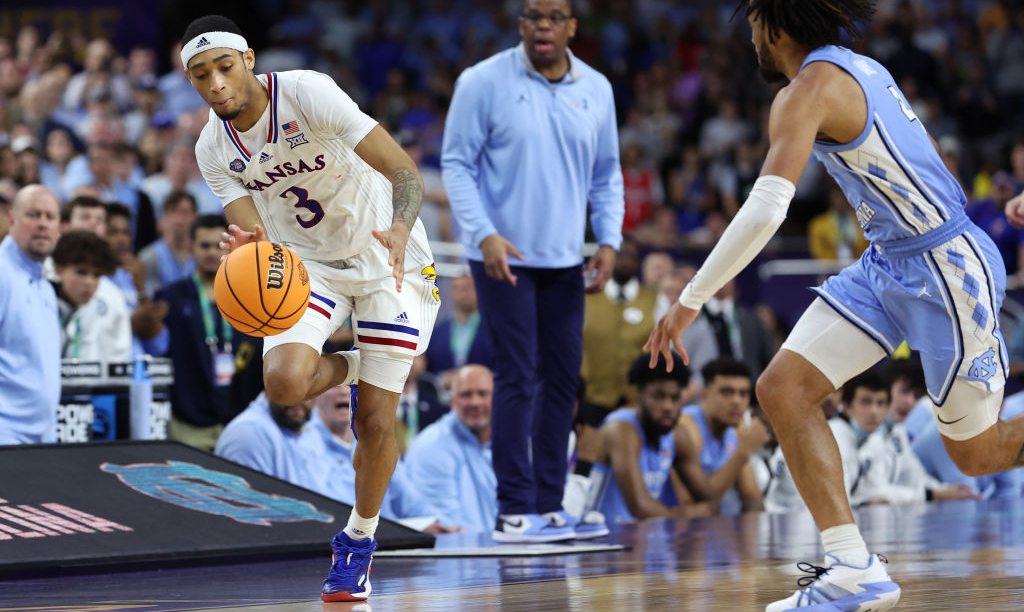 Monday night’s championship game between Kansas and UNC was an all-timer, with some absolutely wild swings in what became a 72-69 Jayhawks win.

Kansas jumped out to a 7-0 lead before UNC steamrolled them for the rest of the first half, taking a 15-point advantage to the halftime break. From there, the Jayhawks would go on a massive run of their own to pull back in front, making for the biggest comeback in title game history, before trading blows down the stretch with the Tar Heels in an instant classic.

The final few minutes were absolute pandemonium, with both teams taking late leads before a wild closing sequence saw the Tar Heels get multiple shots to force overtime down three. After missing a pair of threes and turning it over on a second offensive rebound, UNC needed a miracle to have a chance at the win with just under five seconds to play. From a betting perspective, the closing line of Kansas -4/-4.5 was suddenly very much in play for Jayhawks bettors who had been in the dark place at halftime, as a pair of free throws would’ve sent Kansas to cover town.

One bettor in Las Vegas was particularly interested in the final few seconds, as there was a $1 million wager placed on Kansas -4 at Red Rock, and suddenly they were very much live.

However, disaster struck on the ensuing inbound, as Dajuan Harris Jr. stepped out of bounds as he streaked up the floor to catch the inbounds pass and what should’ve been two free throws for Kansas after a UNC desperation foul became another chance at overtime for the Heels.

At that point, this bettor was praying for a game-tying three to give the Jayhawks five more minutes to pull away by four or more, but a Caleb Love three missed wide left at the buzzer and while Kansas fans became jubilant, this bettor and anyone else that had Kansas laying the points were left despondent. It would’ve been one thing for UNC to have run away with a win after that first half, but to have it swing all the way back to having real hope for a win only to have it ripped away in that manner is a tough pill to swallow.